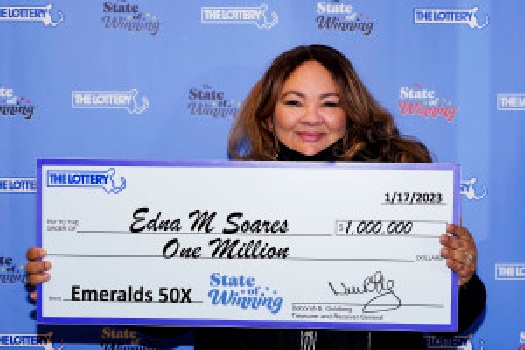 A Massachusetts woman already has some big plans after hitting some big money recently on a state lottery scratch ticket.

Soares, who is from New Bedford, chose the cash option on her prize and received a one-time payment of $650,000 (before taxes). She has multiple plans for her winnings, including paying for her daughter’s college, paying off her own college loans, and buying her dad a truck.

She purchased her winning ticket at Golden Food Mart located at 1043 Rodman Street in Fall River. The store will receive a $10,000 bonus for its sale of this ticket.