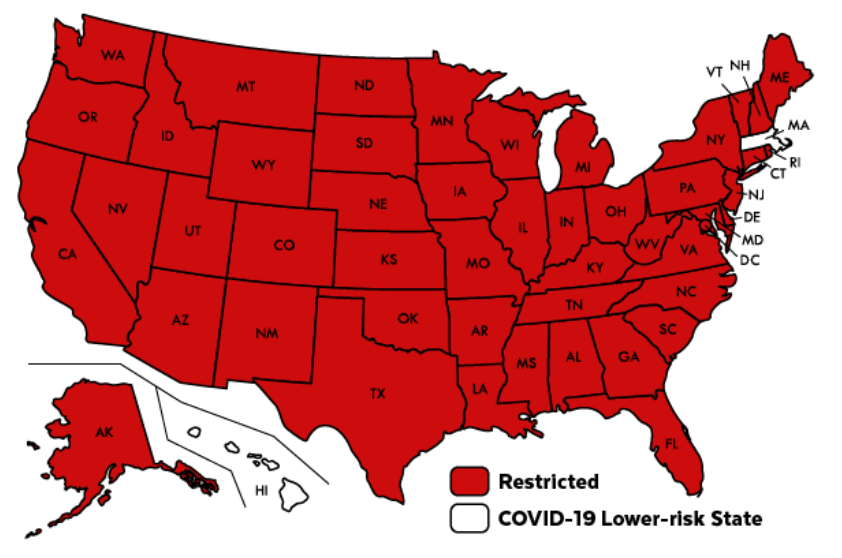 BOSTON — The Baker-Polito Administration has announced that Massachusetts will advance to Step 1 of Phase IV of the Commonwealth’s reopening plan on Monday, March 22. The Administration continues to take steps to reopen the Commonwealth’s economy with public health metrics continuing to trend in a positive direction. This includes drops in average daily COVID cases and hospitalizations. Massachusetts also continues to be a national leader in vaccination rates. The Administration also replaced the Massachusetts Travel Order originally issued in July 2020 with a Travel Advisory, effective March 22.

In addition, the Administration also announced nearly $31 million in awards to 710 additional small businesses in the tenth round of COVID-19 relief grants administered by the Massachusetts Growth Capital Corporation (MGCC).

On March 1, Massachusetts loosened capacity restrictions for several industries and advanced to Step 2 of Phase III of the reopening plan. Since then, hospitalizations dropped by 20% and deaths dropped by 24%. The seven day average of new cases in long-term care facilities dropped by 53%. The positive test rate remains below 2% and has been for several weeks now. The seven day average of new cases is also down over this time by 7%.

Effective Monday, March 22, all communities in Massachusetts will move into Step 1 of Phase IV of the state’s reopening plan. This will open a range of previously closed business sectors under tight capacity restrictions that are expected to be adjusted over time if favorable trends in the public health data continue. Effective on the planned advancement to Step 1 of Phase IV, the following large capacity sports and entertainment venues will be permitted to operate at a strict 12% capacity limit after submitting a plan to the Department of Public Health (DPH):

Also effective on March 22, gathering limits for event venues and in public settings will increase to 100 people indoors and 150 people outdoors. Outdoor gatherings at private residences and in private backyards will remain at a maximum of 25 people, with indoor house gatherings remaining at 10 people.

Additionally, dance floors will be permitted at weddings and other events only, and overnight summer camps will be allowed to operate this coming summer. Exhibition and convention halls may also begin to operate, following gatherings limits and event protocols. Other Phase IV sectors must continue to remain closed.

Also effective Monday, March 22, the Massachusetts Travel Order will be replaced with a Travel Advisory.

The new travel advisory will urge all persons entering Massachusetts, including returning residents, to quarantine for 10 days upon their arrival if they have been out of the state for 24 hours or more.

The advisory does not apply to anyone in the following categories:

Anyone who is returning to Massachusetts after an absence of fewer than 24 hours.

Travelers who have a negative COVID-19 test result that has been administered up to 72 hours prior to their arrival in Massachusetts.

Workers who enter Massachusetts to perform critical infrastructure functions (as specified by the Federal Cybersecurity and Infrastructure Security Agency) while they are commuting to or from or while at work.

Travelers who are fully vaccinated (i.e. who have received two doses of either the Moderna or Pfizer COVID-19 vaccines OR who have received a single dose of the Johnson & Johnson vaccine, 14 days or more ago and who do not have symptoms).

Travelers are additionally encouraged to consult and follow the CDC’s guidelines and requirements for travel.

Today, the Baker-Polito Administration also announced approximately $31 million in awards for 710 additional businesses in the tenth round of COVID relief grants administered by the Massachusetts Growth Capital Corporation (MGCC). As in prior rounds, each grant recipient meets sector or demographic priorities set for the grant programs administered by MGCC.

With the addition of this round of grants, the Administration has awarded over $633 million in direct financial support to 14,056 businesses across the Commonwealth.

Grants for this round were awarded to 327 minority-owned, and 293 women-owned, businesses; 240 recipients are located in Gateway Cities, and 245 businesses awarded grants have not received any prior aid.