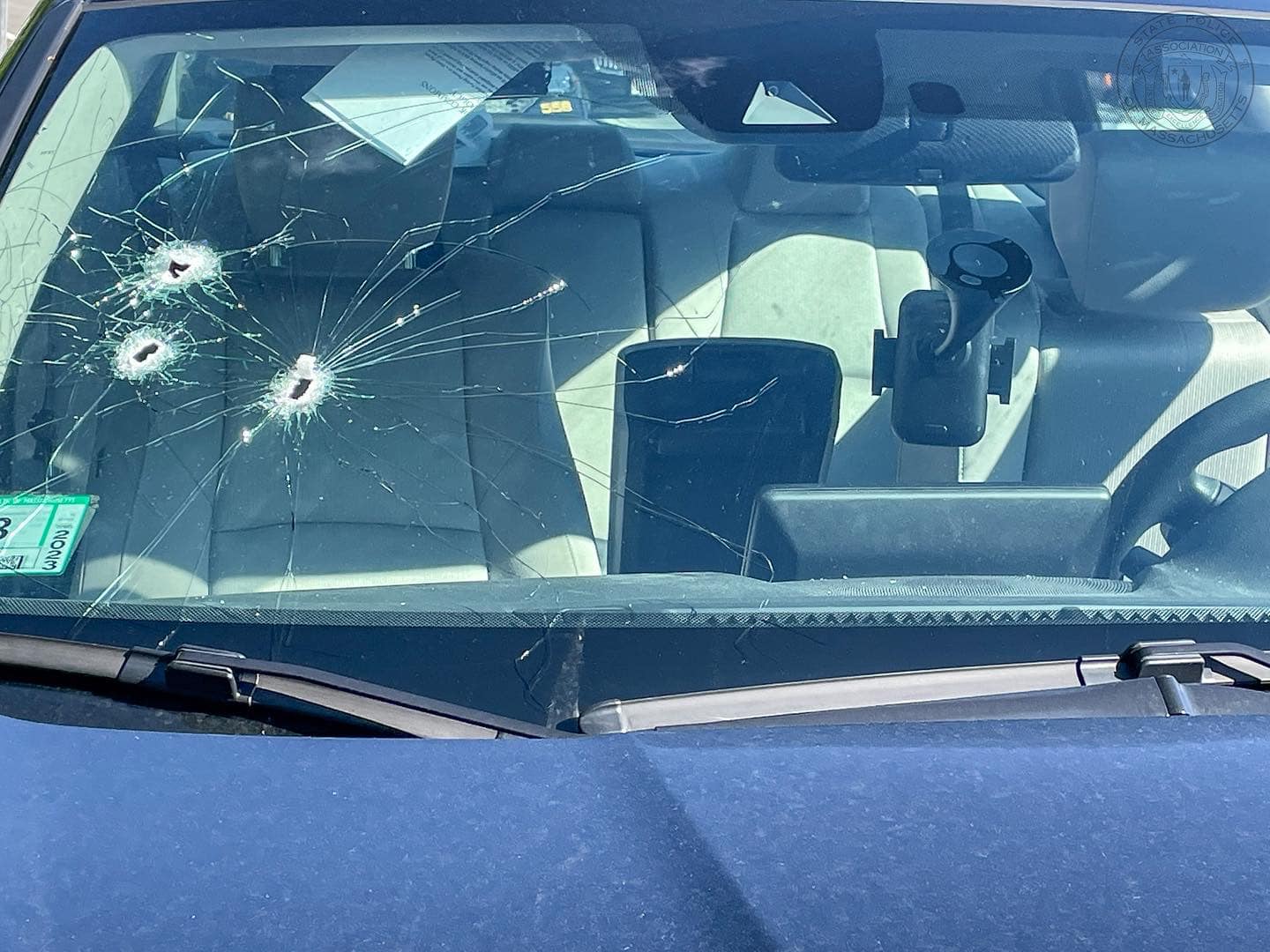 Thanks to some quick thinking, officers made an arrest Saturday involving a weekend shooting.

According to State Police Association of Massachusetts, yesterday afternoon, the Boston Police Department issued a BOLO for a vehicle involved in a shooting incident.

Trooper Mike Martin and State Police Lieutenant Mike Guerriero were working a paid traffic detail for the U. S. Open on West Roxbury Parkway. Soon thereafter, they noticed a blue sedan matching the earlier BOLO with multiple bullet holes in the windshield.

According to SPAM, the two officers quickly went into action.

“Having little time to plan, Trooper Martin and Lieutenant Guerriero worked together to quickly formulate a plan to stop the suspect’s vehicle. They immediately placed themselves in harm’s way and conducted a felony stop while positioning themselves between the suspect’s vehicle and civilians in the area. The suspect was taken into custody without further incident and a firearm was subsequently located.”

The SPAM spokesperson stated that the arrest was an example as to why civilians shouldn’t work details.

“We are extremely proud of Trooper Martin and Lieutenant Guerriero for their quick decision making and resolving a highly dangerous situation. This is yet again another reason why having Troopers on all paid details instead of civilian flagmen is imperative to the safety and protection of the citizens in this Commonwealth.”