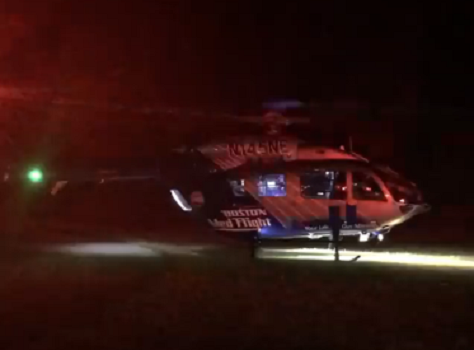 A motorcycle rider was sent to the hospital after a high-speed crash with an animal.

According to Mansfield Firefighters Local 1820, Saturday night just after 9:45 p.m., Mansfield Rescue 34 and Engine 33 were dispatched to Route 140 southbound for reports of a motorcycle down.

Upon arrival, companies found a motorcycle and rider down in the roadway with no other vehicles involved.

The rider was transported to Mansfield Airport where he was transferred to Boston Medflight.

The patient was flown to Rhode Island hospital with serious injuries.

Through an investigation, it was determined that the motorcyclist struck a deer at a high rate of speed.