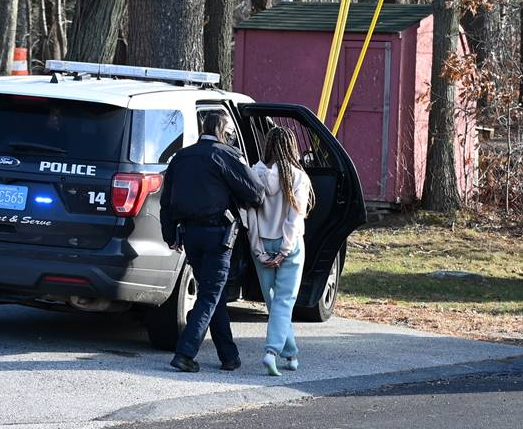 Authorities say that 5 have been arrested after a pursuit that turned into a crash concerning a vehicle that was reported stolen out of Bristol County.

According to Dave Procopio of Massachusetts State Police, just after midnight today a Massachusetts State Trooper patrolling Route 107 South in Revere observed a black 2017 Honda Accord that had been reported stolen in Taunton yesterday. The Trooper monitored the stolen vehicle as it entered Brown Circle rotary in Revere and exited onto Route 60 East toward Route 1A and East Boston as backup units began responding to the area.

A short time later, the Trooper attempted to stop the Accord on Route 60 East in Revere; the suspect refused to stop and Troop A Headquarters authorized pursuit and assumed command and control.

Within minutes the suspect vehicle continued onto Route 1A South and passed the Logan Airport ramps. At this point, State Police Troop H assumed command and control of the pursuit. In the area of the Ted Williams Tunnel entrance, the fleeing Accord rear-ended a 2023 Subaru Outback station wagon.

Troopers converged on the suspect vehicle and arrested all five of its occupants as they tried to leave the car. All five occupants – three adult males, an adult female, and a juvenile female — were trying to escape through the back seat, and all were taken into custody.

Ailton Lopes, 20, of Brockton, Jaylani Cole, 18, of Roxbury;, Syncere Lindsay, 18, of Brockton;, Nia Owens, 19, of Lynn; and a 17-year-old female of Lynn were charged with receiving a stolen motor vehicle. Investigation determined that Lopes was driving the stolen vehicle. He was additionally charged with failure to stop for police; negligent operation of a motor vehicle; operating after license suspension; and marked lanes violation.

Following their booking at the State Police-Revere Barracks, the juvenile prisoner was transferred to DYS custody. The other four were held pending their expected arraignment in Chelsea District Court today.