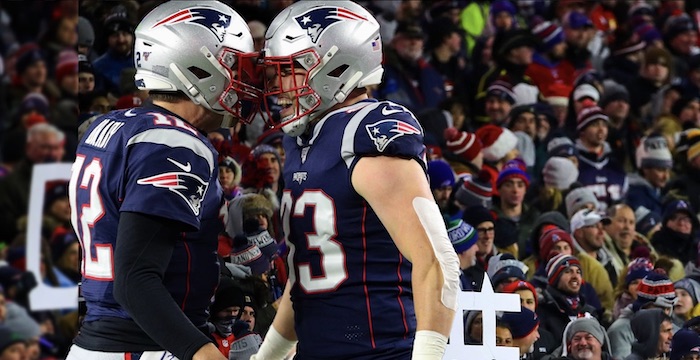 The Senate kept legal sports betting out of the economic development bill it passed Wednesday night, but key senators said they still plan to eventually consider the issue that’s been under study for more than two years on Beacon Hill.

The House approved legal sports betting in its economic development bill, but the Senate version emerged from the Senate Ways and Means Committee without language allowing sports wagers and Senate leadership beat back attempts to amend the bill to authorize betting, bringing momentum on the issue to a halt for the time being.

“I believe that, certainly, the time is close and we are going to be tackling this issue,” Senate Ways and Means Chairman Michael Rodrigues said Wednesday as he asked senators to reject an amendment Sen. Michael Brady filed to allow some forms of betting. “But the time is not now, nor is this the proper vehicle to do so.”

Eighteen states — including neighboring Rhode Island, New Hampshire and New York — have already authorized some form of legal sports betting, according to ESPN.

Sen. Eric Lesser, the Senate chair of the Committee on Economic Development and Emerging Technologies that reviewed sports betting proposals, said Wednesday that he and other senators have “been actively engaged in conversations both with our House counterparts on that committee, and with the relevant stakeholders from every angle, and every side of the issue,” but is not yet ready to move forward on sports betting.

When a sports betting bill emerged from the Joint Committee on Economic Development and Emerging Technologies in late February, Lesser and every other senator on the committee chose not to weigh in one way or another on the legislation. Instead, Lesser said at the time, “the Senate will consider sports wagering legislation if or when something is sent to us from the House.”

On Wednesday, nearly 19 months into the two-year session, Lesser said he “watched with interest, of course, what’s happened in the House over the last few days,” but said the time was still not right to consider legalizing sports betting as he too urged the rejection of Brady’s amendment.

“We have every intention to continue the engagement on this topic. It does pose great promise for the state and it does pose a very promising source of revenue and economic development and jobs for the state, when properly implemented and when done right,” he said. “We have every intention to do that, but this specific bill on this specific day — which we pointed out earlier in our session when debate began is about emergency response, economically, to the coronavirus depression that we find ourselves in at this specific moment — we need to hold.”

Brady had argued that legalizing sports betting is “long overdue” in Massachusetts and that the Bay State is losing out on money that residents are spending to bet on sports in other states.

“I hear from my constituents, people are going to Rhode Island, which from my area that I represent is only a 30-minute ride away,” Brady, of Brockton, said. “People want to do this. They’re doing it whether we do it … this is what people want to do. It’s an option and it’s a big revenue boost.”

The Massachusetts Gaming Commission has estimated that sports betting could generate between $9 million and $61 million in annual state tax revenue, depending on the tax rate. Baker has included $35 million in sports betting revenue in each of his last two annual budget plans, and the bill that came out of the Economic Development Committee in February was estimated to produce $20 million in annual revenue for the state.

By comparison, Massachusetts had been generating at least $20 million in tax revenue each month from a slots parlor and two resort casinos before the COVID-19 pandemic forced casinos to close for four months and reopen under capacity restrictions.

Though much of the debate has revolved around how to set up a legal sports betting framework, there are some lawmakers for whom the question is still whether they want to make sports betting legal at all. Senate Majority Leader Cindy Creem, who opposed the 2011 expansion of casino gambling in Massachusetts, told the News Service in March that she is “inclined” to oppose sports betting and suggested the issue might not be a priority for others in the Senate.

“There’s a lot of things I see coming down the pike and I don’t know where this fits in,” Creem, the Senate’s second in command, told the News Service in March, just before the COVID-19 pandemic upended legislative priorities and seriously changed the state’s financial picture. “I don’t know where it is on the list of priorities.”

The sports betting language the House approved as part of its economic development bill was not the same as the sports betting bill the House members of the Economic Development Committee approved back in February. Among the key changes was the addition of a carveout that would see 1 percent of gross revenue generated by contests held in Massachusetts go to the owner of whichever venue hosts the contest.

“This may be the first sports betting bill in the U.S. that includes a ‘venue-specific’ integrity fee, payable to the operator of the venue instead of the sports governing body,” Daniel Wallach, co-founding director of the University of New Hampshire School of Law’s Sports Wagering & Integrity program, tweeted about the House bill. “Obvious beneficiaries are: Robert Kraft, John Henry, Wyc Grousbeck, Jeremy Jacobs, and local colleges.”

Rep. Shawn Dooley, through an amendment to the House economic development bill, sought to redirect 1 percent of revenue from local contests to Massachusetts cities and towns.

Rep. Ken Gordon asked that representatives reject Dooley’s amendment and keep the language calling for the revenues to be paid to venue owners because, he said, the money is for a specific purpose.

“It’s used for security at the venue and the reason is that when these contests occur, be it at Fenway Park, at the garden, etc., these venues have to beef up their security because they’ve got to protect against communication from someone who may be there to have a conversation that we don’t want to occur,” he said. “And so they have expenses and this is solely to address those expenses.”