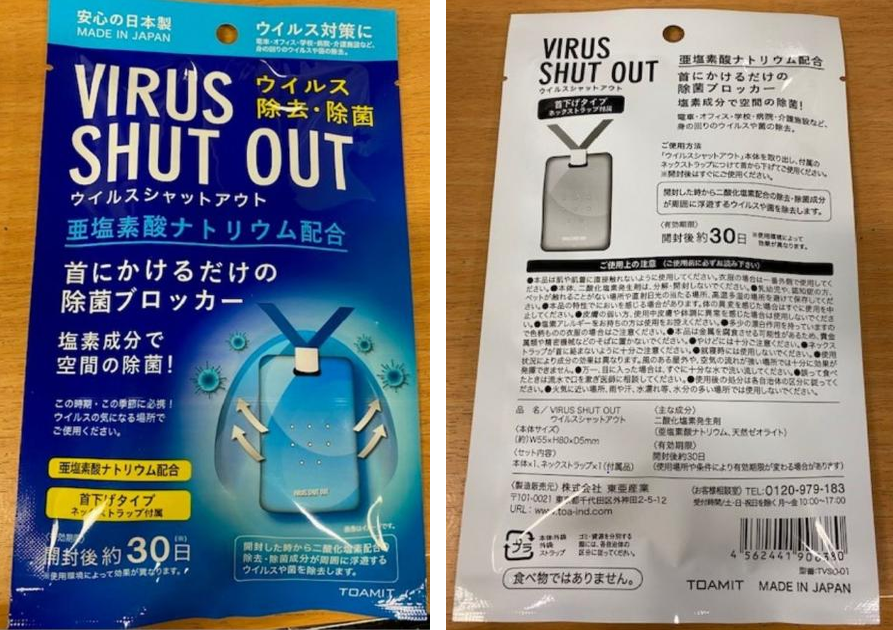 BOSTON – A Quincy man was sentenced yesterday in federal court in Boston in connection with selling lanyards that falsely claimed to protect against viruses.

Jiule Lin, 38, was sentenced by U.S. District Court Magistrate Judge Jennifer C. Boal to one year of probation and a fine of $1,500. In December 2020, Lin pleaded guilty to one count of distribution and sale of an unregistered pesticide.

Beginning in March 2020, Lin listed for sale on eBay an unregistered pesticide, “Toamit Virus Shut Out,” to buyers across the United States. Based on Lin’s eBay listing, the pesticide took the form of a card-shaped device to be worn as a lanyard around the user’s neck. The eBay listing depicted the removal of germs or viruses through the wearing of the device. Other online listings for the same product included the explicit claim that the product would protect the buyer or wearer of the product from viruses or bacteria, stating that the product’s main ingredient was chlorine dioxide and showed images of the device’s purported removal of bacteria, germs and viruses.

Under the Federal Insecticide, Fungicide and Rodenticide Act (FIFRA), the EPA regulates the production, sale, distribution and use of pesticides in the United States. A pesticide is any substance intended for preventing, destroying, repelling, or mitigating any pest, including viruses. Pesticides must be registered with the EPA. Toamit Virus Shut Out was not registered, and it is illegal to distribute or sell unregistered pesticides.

Consumers can help protect themselves by visiting epa.gov/coronavirus for a list of EPA-approved disinfectant products.