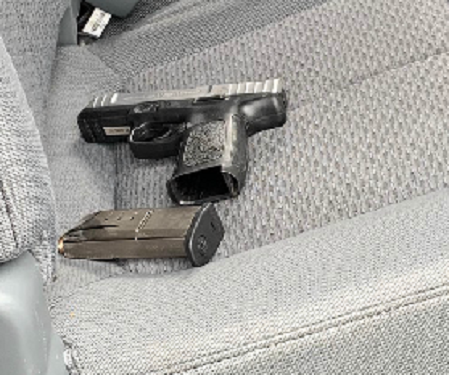 A Massachusetts man who is on parole, has gotten arrested for shooting people with paintball gun and firearm charges.

According to Springfield Police, at approximately 1:30 p.m. on Monday, officers responded to Breckwood Boulevard for a report of a victim being shot by a paintball gun while out for a walk. The suspect was shooting out of a moving pickup truck.

A few minutes later, a second victim reported being shot by a paintball gun while going for a run on Plumtree Road. A similar truck was described being involved.

Officers located the suspect vehicle occupied with three individuals on Allen Street and conducted a traffic stop on the 1300 block of Allen Street.
The driver, identified as John Sosa, was operating with a suspended license. The rear passenger, identified as Jaime Negron-Hernandez was sitting on a loaded firearm and placed under arrest. A loaded paintball gun was recovered on the rear passenger seat floor. Approximately $6000 was seized from the center console. The front passenger was released.