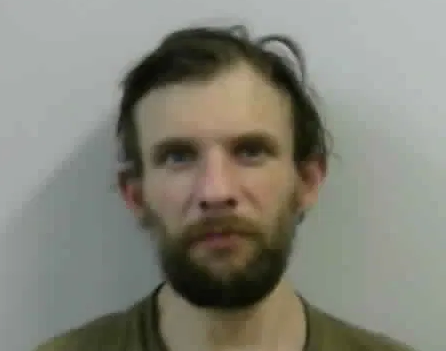 Jonathan Garrity, 37, of Dracut, was arrested and charged with three counts of Cruelty to an Animal.

On Wednesday, July 22, Dracut Police responded to a home on Alta Avenue for a report of an incident of animal cruelty. Upon arrival, Dracut Police initiated an on-scene investigation and determined that the home was vacant, but could hear dogs barking inside.

Responding officers found the interior of the home to be in a state of squalor, with garbage, debris, needles and animal waste throughout. Three dogs showing severe signs of malnutrition were located in the home as well.

Tyngsborough Animal Control responded with police and removed the three dogs from the home after observing signs of abuse. All dogs were taken to an area animal hospital where they are receiving treatment. One of the dogs was micro-chipped which identified Garrity as the owner.

Dracut Police located Garrity in the home on Alta Avenue while they were accompanying the Board of Health to condemn the home. Garrity was subsequently placed under arrest without incident.

Garrity also has additional outstanding warrants for his arrest. One of the additional warrants is another from the Dracut Police Department on a charge of Receiving a Stolen Motor Vehicle. The others warrants include drug and motor vehicle charges.

“I would like to commend all responding officers and the other agencies for their help in ensuring that these animals were removed from their deplorable conditions,” Chief Chaput said. “Officer Rob Ludwig did an exceptional job in his response, investigation and follow-up on this case.”