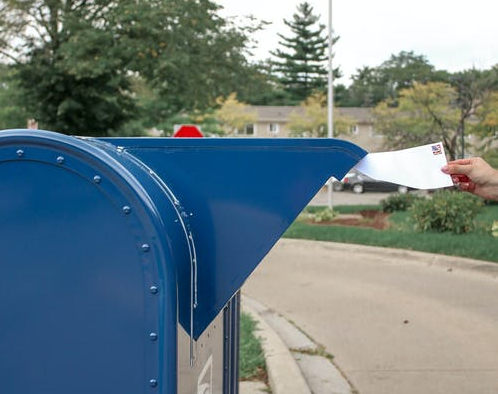 Both branches of the Massachusetts Legislature have now approved a three-month extension of pandemic-inspired voting reforms, setting the stage for a future debate over whether to keep the changes in place permanently beyond the public health crisis.

Passed unanimously by the Senate Thursday, the bill (H 73) permits no-excuse mail-in voting for any municipal or special state elections held before June 30 and allows cities and towns to hold in-person early voting periods ahead of those elections. It also gives municipalities added flexibility if they choose to reschedule this spring’s local elections or caucuses.

Provisions adopted last year to allow early voting by mail and in-person ahead of municipal elections, aimed at ensuring voters feel safe casting ballots during the COVID-19 pandemic, are set to lapse March 31, and Sen. Jason Lewis said more than 200 towns are holding their local elections between April 1 and the end of June.

“These voter options have been critical, as we know, during the pandemic to enable all voters to safely and conveniently exercise their right to vote, and we’ve seen the significant impact that they’ve had on increasing access to the ballot,” Lewis said during the Senate’s deliberations, citing high voter turnout in the primary and general elections held last September and November, respectively.

As a result of that testimony, Rodrigues said, the Senate amended the bill to include language allowing voters to request and receive accommodations if they have a disability that makes it difficult or impossible for them to access a paper mail-in ballot. The House agreed to the Senate’s amendment later in the day.

Rodrigues, a Westport Democrat, predicted there will be “many more robust conversations and debate” about how to make the voting reforms permanent. As part of those conversations, he said there would be more detailed discussion about how to make sure people with disabilities can exercise their right to vote.

Sen. Ryan Fattman, a Sutton Republican who, with GOP Reps. Nicholas Boldyga and Marc Lombardo, has written to Secretary of State William Galvin posing a series of questions about mail-in balloting in the 2020 elections, said he appreciated the public input process.

“I personally look at this bill and say, you know, we have a pandemic going on, there is a consideration to these towns in allowing them to have the appropriate adjustment to make sure that the residents are safe and allowing the boards of selectmen and the town councils and the select boards to make sure that they follow suit on that,” Fattman said. “But I want to expound upon and be careful of … is, there’s been a lot of sort of pronouncements and preludes to having no-excuse mail-in balloting be permanent, in perpetuity, forever. And I think there’s a lot of questions that still need to be answered before we start making those pronouncements and guaranteeing that.”

Fattman said that he’s concerned that roughly 17,800 mail-in ballots were rejected in last September’s primary and that some voters reported never receiving their ballots or missing deadlines to turn in their ballot.

Galvin and lawmakers have put forward plans that would make vote-by-mail a permanent feature in elections, including bills that would also authorize voters to register and then cast a ballot on the same day.

One of the bills, filed by Rep. John Lawn and Sen. Cindy Creem, has almost 90 cosponsors, according to Common Cause Massachusetts Executive Director Geoff Foster, who said that after the Legislature’s action to expand mail-in and early voting through the spring it is now “time to look ahead towards the fall municipal elections and to making these popular reforms permanent.”

Speaker Ronald Mariano said in February that the House “looks forward to making vote by mail a permanent way for residents to exercise their right to vote during and beyond the pandemic,” and House Ways and Means Chairman Aaron Michlewitz said this month there is a “large appetite” for making mail-in voting permanent.

The shorter-term extension of vote by mail is now before Gov. Charlie Baker after final votes in the House and Senate late Thursday afternoon.

Baker voted by mail in last fall’s state primary and general election. After September’s primary, Baker said mail-in voting “worked just fine” in Massachusetts and other states throughout the country.

In October, he did not directly answer when asked if he would support an expanded vote-by-mail system that lasted beyond the pandemic. Baker did say then that he supported the July 2020 law’s system in which voters are mailed an application to request a mail-in ballot.

“I support the application process. I don’t support ‘just send ballots to everybody everywhere.’ I have friends who get ballots from New Jersey who haven’t lived there in 10 years. I think that’s a really dumb way to do this,” Baker said after an Oct. 27 press conference. “I think the application process, as I have said before feels to me like absentee balloting on steroids, I think is a really effective way to get it done.”

Election reforms have also been an action item on Capitol Hill. Sweeping legislation that U.S. House Democrats passed last week includes provisions around automatic and same-day voter registration, along with expanded early and mail-in voting and a host of other measures aimed at boosting ballot access.

Its supporters say the bill would counteract policies being pursued in some state Legislatures to tighten voter laws, in many cases driven by the 2020 election results and false claims by former President Donald Trump of voter fraud. Critics of the bill describe it as a federal overreach into how states conduct their elections.