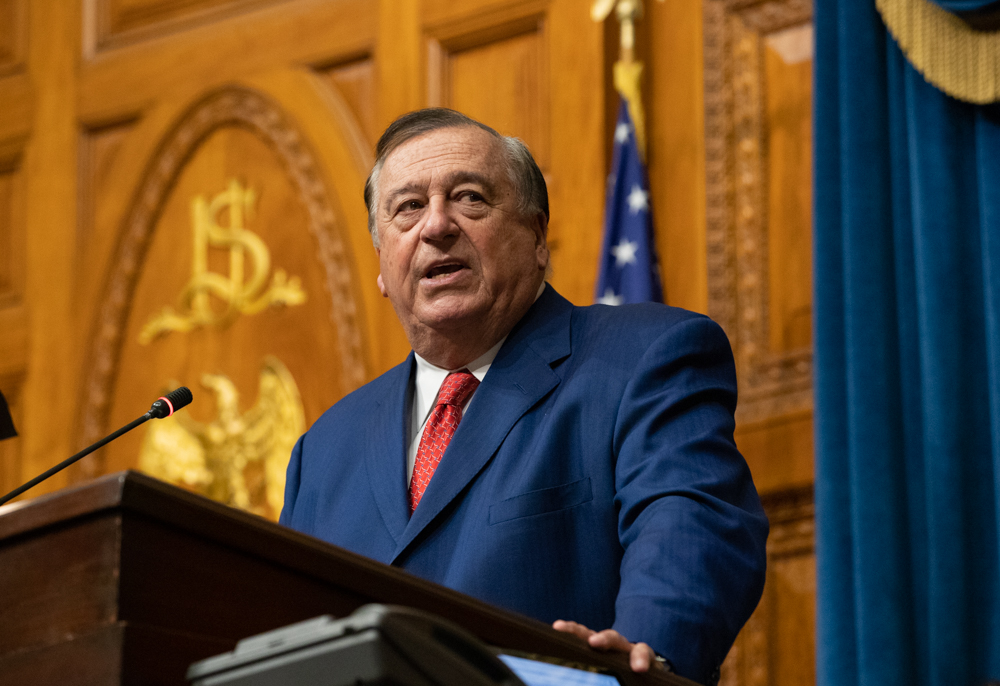 Senate President Karen Spilka and House Speaker Ron Mariano on Thursday teed up for a vote (this) week a constitutional amendment that would raise the income tax on wealthy Massachusetts residents at a time when the state is flush with tax revenue and federal stimulus money.

The so-called millionaire’s tax proposal has been years in the making and is one vote of the Legislature short of being put before voters on the 2022 statewide ballot.

The proposal would amend the state’s Constitution to add a 4 percent surtax on all household income above $1 million. The current flat income tax rate in Massachusetts is 5 percent.

“As Massachusetts recovers from the COVID-19 pandemic, and as we prepare for our future, we have a unique opportunity to move towards a Commonwealth that truly works for all residents,” Spilka and Mariano said in a joint statement Thursday. The Democratic leaders said it is their intent to call for a vote on the income tax amendment next Wednesday when the Constitutional Convention — a joint meeting of the two branches of the Legislature — gavels back in.

The measure must pass in two consecutive legislative sessions to qualify for the ballot. It previously passed in 2019 by a vote of 147-48. The Department of Revenue once estimated that the tax could generate as much as $1.9 billion in new taxes that the amendment would dedicate to transportation and revenue needs, though that estimate has not been updated in years.

Tax revenues this fiscal year are trending more than $1.8 billion ahead of projections through April, and lawmakers are also beginning the process of deciding how to spend $5.3 billion in federal COVID-19 relief aid. Spilka and Mariano both said they support advancing the income surtax increase to the ballot.

“We stand with the residents of Massachusetts in exploring new ways to increase revenue for the state as we envision and invest in an equitable and hopeful future for the Commonwealth,” the leaders said. The Raise Up Coalition, a group of labor, faith and community organizations that have championed the millionaire’s tax, said they appreciated the scheduling of the vote and described its campaign as being in “full swing,” with more than a dozen local rallies planned this month.