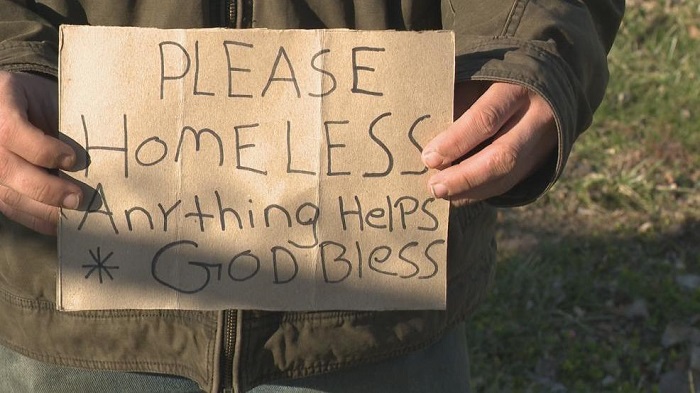 Justice Barbara Lenk stated in her ruling that “we see an unacceptable risk of a chilling effect here. The line between a noncommercial solicitation of a donation and the “selling [of] any merchandise” (which, under this hypothetical remedy, would continue to be prohibited by the statute) can be a slippery one. Imagine that a police officer sees an individual step out into the roadway, accept money from a motorist, and then hand the motorist a rose. Will enforcement turn on whether the officer perceives the exchange as a sale of the rose or the giving of a small token in thanks for the donation of money? We see little in that distinction to guide law enforcement or to give comfort to those engaged in the protected activity of seeking donations for personal support that their activity would not result in criminal prosecution.”

Lenk concluded that the ordinance is unconstitutional under the First Amendment.

The ACLU of Massachusetts, with the firm McCarter & English, filed a lawsuit against the City of Fall River in March of 2019, challenging the city’s use of a state statute. According to the lawsuit, the City of Fall River enforced a state law making it illegal for people to ask for money for their own support on public roads.

During 2018 and into 2019, members of the Fall River Police Department filed over 150 criminal complaints against panhandlers according to the group. The ACLU lawsuit was filed on behalf of the Massachusetts Coalition for the Homeless and two Fall River residents experiencing homelessness; John Correira and Joseph Treeful.

During 2018 and 2019, Fall River police initiated a combined total of over forty criminal complaints against the two men, according to the ruling.

“Asking for help is not a crime,” said Carol Rose, executive director of the ACLU of Massachusetts. “Courts throughout the country have ruled that this speech is protected under the First Amendment. This Massachusetts law and Fall River’s enforcement of it are unconstitutional attacks on free speech that prey on those who are most vulnerable.”

The Massachusetts statute targets people asking for money from vehicles on public roads. The statute exempts selling newspapers or, with a permit, other items. It also exempts requests for charity made by nonprofit organizations. The ACLU lawsuit argues these requests for help are constitutionally-protected, and Fall River’s enforcement is therefore unlawful.

“A ban on asking for money is a misguided punishment for being poor,” said Ruth Bourquin, senior attorney at the ACLU of Massachusetts. “Under this statute, if someone holds up a ‘Newspapers for sale’ sign next to a roadway, the request for funds is lawful. If a sign says ‘Save the whales,’ the request is lawful if the sign seeks money for an organization with a permit from local police. But if a sign says ‘Homeless – anything helps,’ the request is strictly illegal. That’s offensive to the Constitution and to the values we hold as a Commonwealth.”

Police Chief Jeffrey Cardoza has issued a brief response regarding the court ruling:

“We will respect the Court’s ruling. I would suggest that if people want to help the homeless, they can donate to many of our local charities”. Listed below are local charity links in the greater Fall River area. https://greatnonprofits.org/city/fall-river/MA