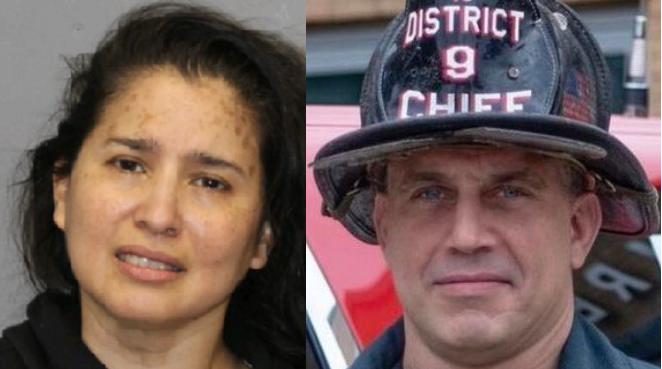 PLYMOUTH – A Marshfield woman has been indicted on a murder charge in the stabbing death of her husband, Plymouth County District Attorney Timothy J. Cruz has announced.

On Monday, a Plymouth County grand jury indicted Christine Ricci, 46, of Marshfield, on one count of Murder and one count of Assault and Battery by Means of a Dangerous Weapon.

At approximately 4:46 p.m. on January 28, 2021, Marshfield Police received a 911 call for a report of a medical emergency at a home at 679 Moraine Street. Police and emergency medical personnel responded and performed lifesaving measures before transporting the male victim to South Shore Hospital where he was pronounced dead at 5:30 p.m. The victim was identified as 51-year-old Michael Ricci. Emergency room personnel reported that Michael Ricci had two stab wounds, one in the front left chest and another in the upper left back shoulder.

Marshfield Police contacted Massachusetts State Police Detectives assigned to the Plymouth County District Attorney’s Office and an investigation began. As a result of the investigation, detectives determined that the Riccis had a verbal altercation prior to the incident, and Christine Ricci retrieved a five-inch knife and stabbed Michael Ricci. Emergency personnel located the knife at the foot of the victim when they responded to the home.

Ricci is currently being held without bail and will be arraigned at a later date.