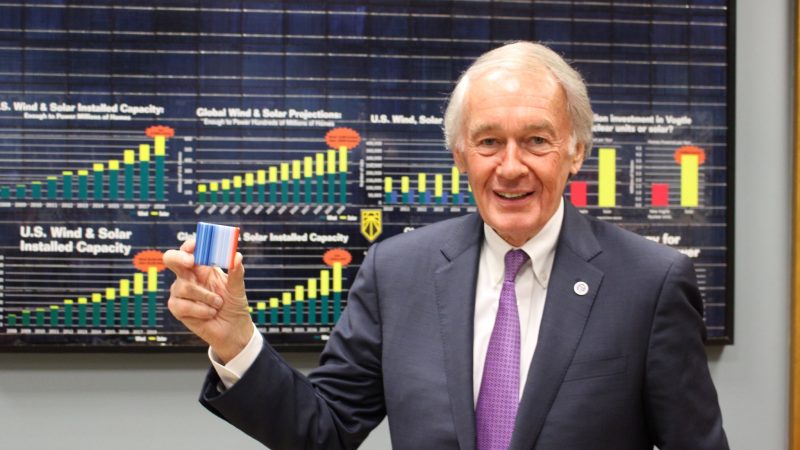 Boston – With reports that the U.S. Postal Service is removing equipment, reducing staffing levels, and opposing relief funding, Senator Edward J. Markey is calling on state and local election officials to deploy hundreds of ballot drop-off boxes throughout the state so that voters can drop their ballots in designated collection boxes managed by election officials. Some Massachusetts municipalities offer drop boxes, but Senator Markey is calling for widespread deployment. States such as Oregon, where there has been an extensive mail-in voting system for years, currently have such boxes as an alternative to the U.S. Postal Service, according to Markey.

In an effort to identify delays in mail delivery related to changes implemented by the U.S. Postmaster General and to help resolve individual mail problems, Senator Markey is looking to hear from anyone who has information about or believes they have been impacted by these changes. He has created a new online portal where Massachusetts residents and USPS staff can submit information. It is located on the Senator’s website at: https://www.markey.senate.gov/postal

“Donald Trump and his campaign donor Louis DeJoy are trying to sabotage democracy in our country with this all-out assault on the reliability of the United States Postal Service,” said Senator Markey. “This is a direct threat to the freedom and fairness of our elections. I’m calling on our state and local elections officials to immediately deploy drop boxes in cities and towns around the state so that voters can feel assured that their ballots will be received and counted. We cannot allow Trump to silence the will of the people.”

Secretary of the Commonwealth William Galvin has encouraged vote-by-mail voters to hand deliver their ballots at drop-off boxes at early voting sites.