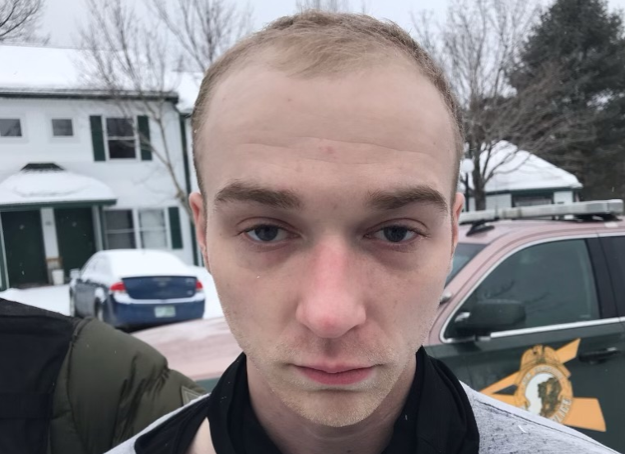 Concord, NH – The United States Marshals Service announced the arrest of the third and final suspect accused in the death of a New Hampshire toddler. The Londonderry Police Department had requested the assistance of the U.S. Marshals – NH Joint Fugitive Task Force to locate the three people accused of crimes related to the death of a NH toddler last November.

The first arrests connected to this investigation occurred this past Tuesday, when the U.S. Marshals Fugitive Task Force located, Shawna Cote, 29, and Mark Geremia, 32, in a residence in Tilton, NH. The final fugitive was Dana Dolan, 24 years-of-age, who was last known to reside in Tilton, NH.

On February 26, 2021, the Londonderry Police Department and the U.S. Marshals issued a press release and wanted poster offering a reward of up to $2500.00 for information leading to the location and arrest of the final fugitive in this case, Dana Dolan. This offer of a reward greatly increased the number of tips received. A lot of this information was investigated and ruled out, while some of it pointed investigators to a variety of locations in and around the Lakes Region of New Hampshire. Today, members of the US Marshals – NH Joint Fugitive Task Force worked with several agencies to locate Dolan. The information learned through today’s investigation brought the task force to an apartment on Powder Hill Drive in Lancaster, NH. As members of the US Marshals, NH State Police and the Lancaster Police Department approached the residence, Dolan attempted to flee out the back door and was quickly arrested.

Dolan was transferred to the custody of the Londonderry Police Department where he will be processed on the following charges; Negligent Homicide; Manslaughter – Reckless; & Reckless Conduct with a Deadly Weapon. Mr. Dolan will be held at the Rockingham County Jail pending his initial court appearance on Monday. U.S. Marshal Nick Willard said, “This is one of those investigations that truly pulls on the heart-strings of everyone, as crimes against children do.” Willard continued, “The US Marshals Fugitive Task Force and countless other agencies worked tirelessly to ensure that all three of these fugitives were arrested so they can be brought to justice.”

Dolan refused the services of a Bail Commissioner and was transported to the Rockingham County House of Corrections pending arraignment on March 1.

If you have any information related to this investigation, contact lead investigator Detective Sergeant Daniel Hurley at dhurley@londonderrynhpd.org / (603) 425-5922. Tips may also be made anonymously by calling the LPD Tip-line (603) 425-5999.