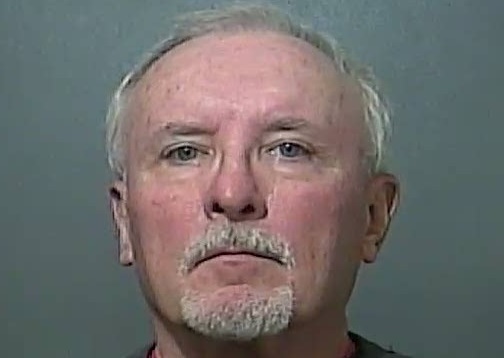 A 66-year-old man has been arrested on some disturbing charges in a decades long case and investigation involving multiple agencies.

According to Rhode Island State Police, on April 12, 1987, the Rhode Island State Police were called to a home for a report of an eleven-year-old girl and a thirteen-year-old girl who were forced into the woods at knifepoint and sexually assaulted by an adult male unknown to them. The assault occurred in a rural and wooded area in the vicinity of one of the girl’s homes in Exeter, Rhode Island. A large-scale investigation was initiated. Physical evidence was developed to include the suspected DNA profile of the offender from a sexual assault evidence collection kit. This evidence was preserved and used to compare with several possible suspects developed throughout the years who were then excluded as contributors to the DNA sample. The investigation turned into a cold case due to a lack of new leads.

In 2005, with the advent of the Combined DNA Index System, an attempt to solve the case was made, but no new leads were generated. Once entered into CODIS, the unknown DNA sample was continuously searched against new entries into the database.

In 2019, Special Victims Unit detectives re-opened the case. The Rhode Island State Police Forensic Services Unit with the Rhode Island Department of Health re-examined the physical evidence and researched and initiated a request for genetic genealogy. In August of 2022, SVU Detectives received an investigative lead that the suspect was likely one of three brothers originally from Erie County, New York, all with various military service. Detectives worked with the Naval Criminal Investigative Service (NCIS) and learned that the oldest brother, Frank Thies, with no previous known ties to Rhode Island, had reported to the Naval Justice School, Newport, Rhode Island, the day prior to the assault. With the assistance of the Indiana State Police, a discarded sample of Thies’s DNA was obtained, tested, and found to be a match consistent to the suspected DNA profile of the offender. The case was presented to a statewide grand jury resulting in an indictment. On Wednesday, October 19, 2022, the Indiana State Police placed Frank Thies into custody as a Fugitive from Justice and held him pending extradition to Rhode Island.

According to Rhode Island Attorney General Peter Neronha, Thies was held without bail at the Adult Correctional Institutions after his arraignment Thursday. He is scheduled for a pre-trial conference on November 23, 2022, in Washington County Superior Court.