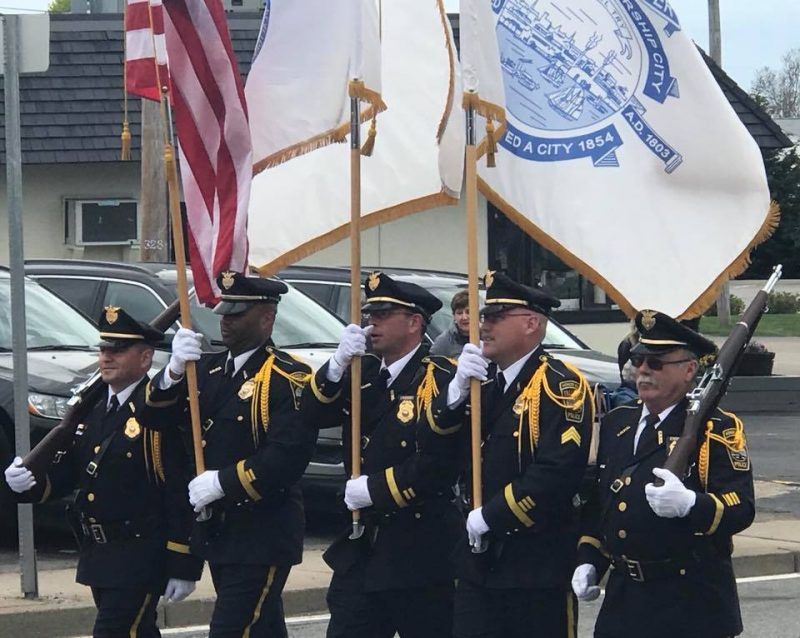 This weekend, a local parade will be taking place to honor law enforcement and those who made the ultimate sacrifice.

On May 5, 2019, The Aquidneck Island National Police Parade will celebrate its 36th Police Parade Event on Aquidneck Island. Begun in 1973, the parade celebrates a history of recognizing law enforcement officers past and present for their duty, honor, and sacrifice to the communities they serve. In keeping with tradition, the Police Parade will remember the fallen officers from 2018 that died in the Line of Duty. According to Officer Down Memorial Page, 163 Law Enforcement Officers lost their lives in the line of duty in 2018. 52 lost their lives to gunfire incidents. 27 other deaths were directly attributed to 911 related illnesses. Statistically, based on the reported deaths, the average age of the officers lost was 42 years of age with an average of 13 years of service to their respective community. As the parade honors those 163, the parade pays special tribute to the five officers lost in the line of duty in New England in 2018.

This year’s parade Grand Marshalls are;

Chief Anthony Pesare (retired), Middletown RI Police Department
Chief Pesare began his career in Law Enforcement with the Rhode Island State Police retiring as Major. He then transitioned to Dean of Justice Studies at Roger Williams University where he had that post for several years before being appointed to Middletown Police Chief in 2004 until his retirement at the end of 2018.

PARADE STEP OFF IS AT 11:50 AM ON WEST MAIN ROAD MIDDLETOWN IN FRONT OF THE HAMPTON INN. THE REVIEW STAND WILL BE IN WASHINGTON SQUARE NEWPORT.