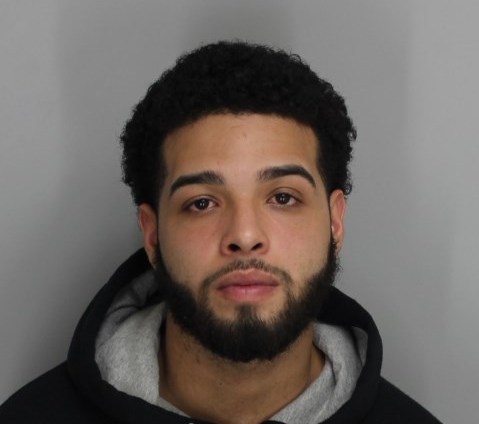 On April 24 at 7:55 p.m., Newport Police responded to the Festival Field apartment complex at 90 Girard Avenue for a report of an individual who had been shot in the upper torso. The gunshot victim is a 22 year old Newport resident and was taken to the Newport Hospital. He has since been transferred to RI Hospital.

An investigation by Newport Police determined the shooter to be 21 year old Calvin O. Febles of Middletown. Both the victim and Febles were familiar with each other and the incident took place following an argument. Febles fled from the scene and is no longer in the immediate vicinity at this time. The incident was broadcast as a “be on the look out” to various local police departments including Fall River. According to police, he could be in this area, but there is no confirmation of what vicinity he could be staying in.

The Newport Police Department obtained an arrest warrant for Febles with the assistance of the RI Attorney General’s Office. Febles is currently wanted for using a Firearm When Committing a Crime of Violence, Assault and Battery with a Dangerous Weapon, and other additional charges. The public is asked to report any information on Febles location to Newport Police at 401-847-1212.