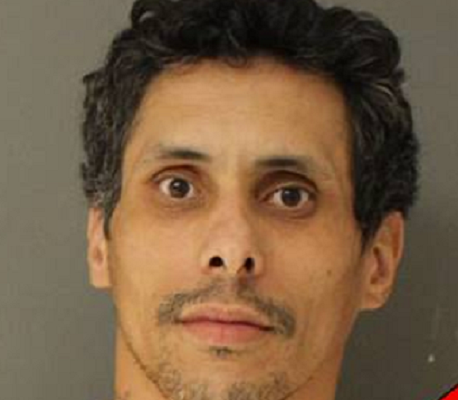 A suspected rapist added to the Massachusetts State Police Most Wanted list last month was captured yesterday in Kissimmee, Fla., after a motel desk clerk recognized one of his guests from the wanted poster released by the MSP’s Violent Fugitive Apprehension Section.

According to Dave Procopio of the Massachusetts State Police, Osceola County, Fla., Sheriff’s Deputies responded to the Travelodge Motel in Kissimmee after the motel notified them that a guest at the property, Jeffrey Cancel-Muniz, 40. Cancel-Muniz is a Level 3 Sex Offender who is wanted by Deerfield, Mass., Police for aggravated rape causing serious bodily injury, rape, kidnapping, and strangulation. The charges relate to a sexual assault that occurred in May 2020.

The MSP added Cancel-Muniz to its list of Most Wanted fugitives in late March. Troopers assigned to the Violent Fugitive Apprehension Section (VFAS) determined that Cancel-Muniz had fled the state and followed up on several leads from locations across the country. On April 2, VFAS received a tip to its hotline (1-800-KAPTURE) that Cancel-Muniz might be in Kissimmee.

Based on that tip, MSP VFAS Troopers and the US Marshals Service were working to determine a specific location in Kissimmee for Cancel-Muniz, who was believed to be transient. While that investigation was ongoing, on Tuesday night the desk clerk at the Travelodge on East Irlo Bronson Memorial Highway had an issue with Cancel-Muniz, who was a guest at the property, and subsequently performed an online search of his name. The search results included the VFAS wanted poster and other information about the fugitive that had been provided to media, and the motel notified police.

Osceola County Deputies responded to the motel just after midnight today, verified the warrants against Cancel-Muniz, and placed him under arrest as a fugitive from justice. Deputies transported him to their facility for booking and he is currently being held. A virtual appearance in a Florida court is expected tomorrow, and Massachusetts authorities will arrange for Cancel-Muniz to be sent to Massachusetts to answer to the Deerfield charges.