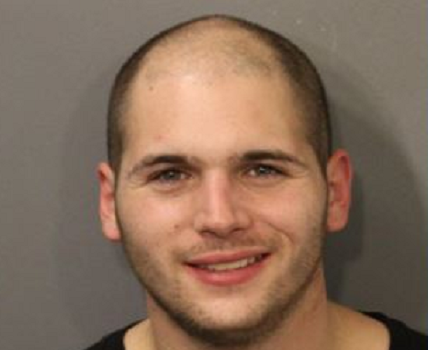 A 33-year-old Fall River man with an extensive criminal history was convicted last week of breaking into an apartment and being a felon in possession of an illegal gun, Bristol County District Attorney Thomas M. Quinn III announced.

Felix Cortes pleaded guilty on April 2 in Fall River Superior Court to indictments charging him with Breaking and Entering During the Daytime and Carrying an Illegal Firearm with a Prior Violent Drug Crime Conviction.

The defendant was sentenced by Judge Thomas J. Perrino to serve five to seven years in state prison.

The defendant and his co-defendant broke into the victim’s apartment on Division Street in Fall River at 9:30 a.m. on November 7, 2019 by kicking in the door. The defendant was wearing a mask over his face. The door was splintered and cracked, and the drywall from the wall was all over the floor.

When the defendants realized the victim was home, they fled as the victim chasing them out of the apartment. The victim told police he saw the two defendants get into a vehicle and take off. Police later found a vehicle matching the description provided by the victim.

The victim was able to identify the vehicle and both defendants. Cortes was wearing a sweatshirt, which still had dust and drywall on it from the break-in. An officer on scene observed a spent shell casing on the floor behind the driver’s seat. Police applied for and were granted a search warrant for the vehicle. They located a mask on the front passenger seat where the defendant was sitting and a loaded 9mm S&W pistol loaded with 10 rounds.

According to the BCDAO, Cortes has an 11-page criminal record, which includes at least seven prior violent drug-related crimes between 2005 and 2019.

The co-defendant in the case, Jenna Bean, died of a fatal fentanyl overdose in November 2020 while the criminal case against her was still pending. She was 31.

The case was prosecuted by Assistant District Attorney Matthew Lopes.

“The defendant has a lengthy criminal history, including multiple violent offenses. He clearly poses a danger to the community and needs to be locked up to protect the community,” District Attorney Quinn said.