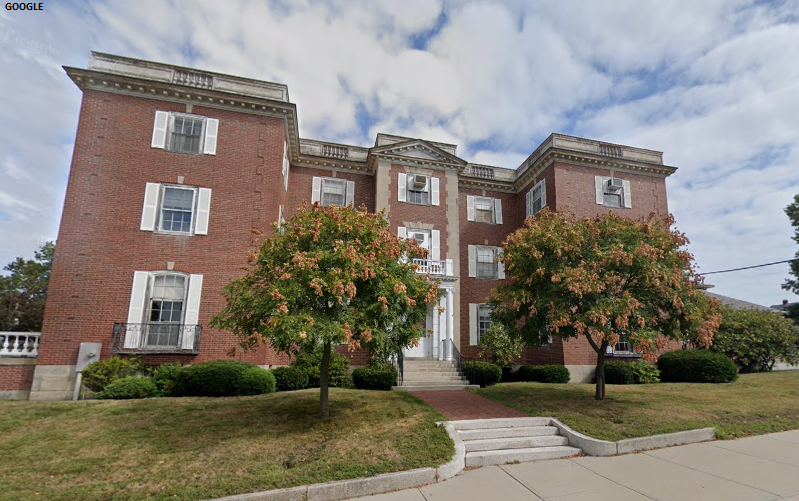 News of the disciplinary actions taken in response to formal complaints filed in regards to your use of the R-word, and other derogatory epithets, directed towards a Fall River Public Schools staff member as well as sexual harassment of women on staff was announced this week following the school committee meeting on Monday, January 11, 2021. While both actions are disgusting, I am focusing here on your use of disability hate speech and the impact it has on our students and community. As a parent of a child with a disability in Fall River, I am having a very difficult time reconciling my faith and belief that our district and community is moving towards true inclusion and integration with your use of dehumanizing, directly harmful and exclusive rhetoric. I am well aware that I am risking criticism and potential retribution from speaking to this matter but I cannot, in good conscience, not address this type of behavior – especially by a person in leadership.

I would like to believe that this is out of character for you. Unfortunately, it is not as our community is well aware. You have been publicly addressed on your choice of language that ranges from unprofessional to disrespectful to harmful – calling a reporter a “bozo” and referring to a regional school as “lily-white bastions of privilege” completely disregarding the diverse backgrounds and experiences of their students. I have heard you speak at an event where you described your experience as a student with dyslexia as “proof” of understanding the issues our students face. Your choices have done nothing but show that you don’t understand. You have only been in this community since 2016 and yet we have had so many of these aggressions. How do you expect to build trusting relationships with our community? Is this the example you want to set for our students and staff?

The specific details of the report were not released but, frankly, the rest of the details that the public has not been privy to are irrelevant. There is absolutely no context or circumstance that could possibly justify your poor choices. You are correct in stating that your actions were unprofessional and lacking decorum. What you failed to acknowledge, though, is the true impact of your decisions.

I am not sure if you realize this but the R-word is considered hate speech. While introduced as medical terminology in the early 1960s to reference people with intellectual disabilities, the R-word quickly became an insult and derogatory term further stigmatizing an already deeply misunderstood and misrepresented group of individuals. President Barack Obama signed Rosa’s Law in 2010 which changed the use of “mental retardation” to “intellectual disability” in federal law. Why is this significant? Because while the lasting impact of the pejorative nature of the word cannot be erased, removing the term was a step towards inclusive language. I mistakenly assumed you understood that using harmful language intended to further marginalize a group already heavily discriminated against was inherently wrong.

As superintendent of our public school system where, according to 2018-2019 data only 43% of our special education students graduated from high school, you should be well aware of the myriad of challenges our students face. That paltry 43% is in comparison to roughly an 80% graduation rate for general education students. The dropout rate for our special education students is 6.3%, more than double the overall dropout rate in our district. We know that special education is not provided the support it needs. This is not unique to Fall River. While you did not create this issue, you further perpetuated the marginalization of our students by your decision to use that term against a staff person. In a society already plagued with so much division, why would you actively choose to behave in a way that furthers that divide?

It is no secret that bullying happens in our schools. Again, this is an issue that no district is immune to. Our teachers, counselors and staff work incredibly hard to ensure our students and fellow staff members have a safe place to learn and work. They drive home lessons about respect, inclusivity and acceptance of one another’s strengths and differences. They model qualities of kindness and empathy through the actions and words they choose. You chose to undermine their example. You chose to not only condone a culture of bullying but you chose to model how to bully others.

If you were upset with a staff person, there were many other ways to express those feelings that did not involve the use of a slur. I won’t list those ways here because I encourage you to walk into any of our classrooms and sit in on a lesson about conflict resolution and healthy communication. Our kids could teach you a lot.

To be clear, your actions were reprehensible. If any student or staff member used hate speech against a minority group, consequences would be swift and more substantial than an amendment to the terms of an employment contract. I can say this with confidence because we have seen this happen in our community. You are enjoying the privilege afforded to you by your position furthering the disconnect in our district. Your apology did nothing to acknowledge the immense hurt you caused. It certainly does not bridge the chasm you created by modeling hate speech as someone who is supposed to demonstrate leadership in our community.

As we continuously teach others, all behavior is communication. Your actions and the response to your actions by the majority of the school committee communicates the lack of value and respect for the dignity and worth of our children and adults with disabilities, particularly those learning and working within Fall River Public Schools – the very community you all claim to serve.

Shame on the members of the school committee that allowed you to carry on despite your egregious behavior.

I must recognize Kevin Aguiar and Paul Hart as two school committee members who did support that standard procedure be followed in regards to an investigation into your behavior as it would have been for any other Fall River Public School staff member. I appreciate their attempts to bring to light the seriousness of this situation. As a private citizen, lifelong resident of Fall River, and parent to three school-age children, I am joining them in a call to appropriate action.

What could that appropriate action look like? Well, we are all human and we all make mistakes. It is not too late for you to actively take steps towards learning with our community. I would encourage you to lean into this moment, accept critical feedback and integrate that feedback into your daily personal life but especially in the way you approach your staff and our students.

Sit with our special education students. Sit with adults with disabilities. Sit with our teachers who are walking this path right along with our kids and their families. Sit with parents and caregivers who are advocating for their children to be accepted and included. While you sit with them, LISTEN. LEARN from them. Walk away with tangible action steps and implement them so that this never happens again and we move forward towards true inclusion and integration.

You have an opportunity for growth here. Take it.

BE better. Our community deserves it.