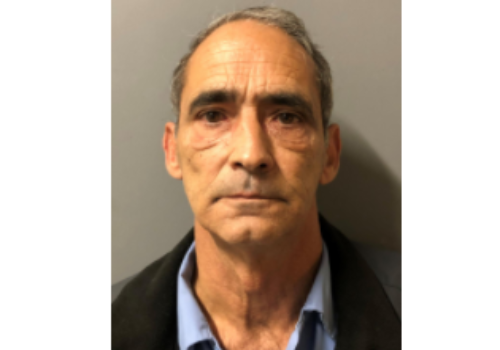 The Rhode Island State Police announce that members of the State Police Computer Crimes Unit, Internet Crimes Against Children (ICAC) Task Force have arrested an employee with the Rhode Island Department of Human Services for two counts of Indecent Solicitation of a Child and one count of Electronically Disseminating Indecent Material to a Minor.

Dennis J. Lopes, age 64, of 21 Jackson Flat Road, Hope, Rhode Island was arrested on Friday, November 8, 2019, after an investigation into an individual allegedly sending indecent sexual material to a person, whom he believed to be 14-years-old. As a result of the investigation, members of the ICAC Task Force were able to identify the individual as Dennis J. Lopes after he arrived to meet the juvenile at a predetermined location in Warwick.

Dennis J. Lopes is currently employed as a Senior Resource Specialist with the Individual Family Support Services section of the Department of Human Services. Lopes was arraigned on Friday at the State Police Wickford Barracks before Justice of the Peace Robinson and released on $10,000.00 personal recognizance. Lopes is scheduled for a bail review at Third Division District Court (Kent County) on December 3, 2019.