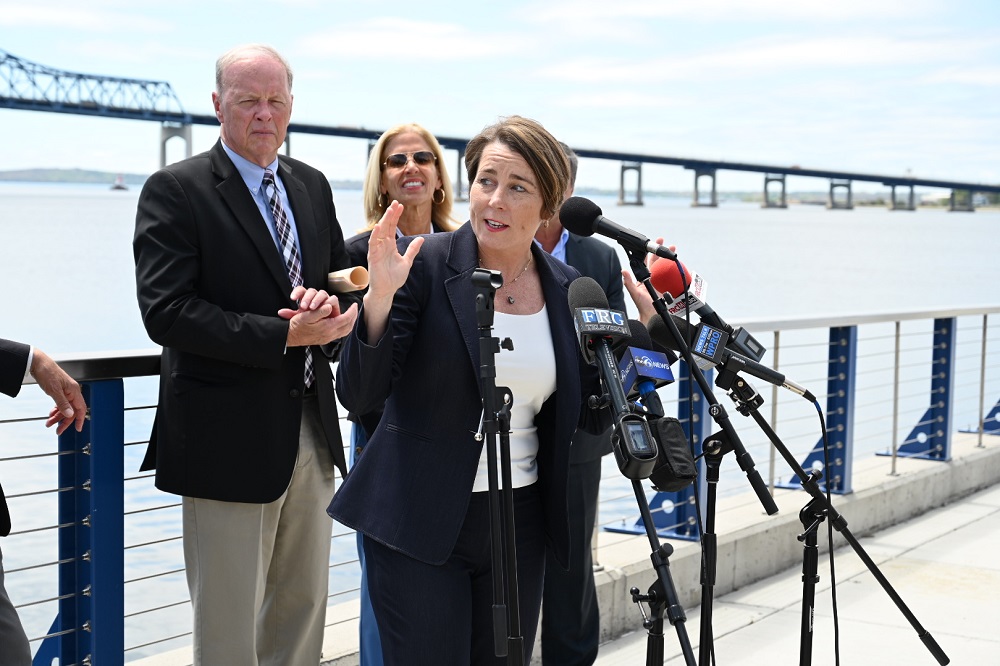 “The Fall River Pier is a clear example of how we can invest in our Gateway Cities to spur equitable economic growth,” said Healey. “In what was once inaccessible space to the public, we now see the makings of a thriving waterfront neighborhood. That didn’t happen overnight – thanks to the advocacy of Fall River officials and investments in transportation and greenspace, economic development is coming to Fall River. I’m grateful to earn the support of so many of these leaders in our campaign for Governor.”

Healey stated as governor that she would prioritize expanded public transportation, including West-East Rail and Regional Transit Authorities and an increase in investments in port infrastructure to $200 million, a rapid expansion of the offshore wind industry, and support for community greenspaces, particularly in Gateway Cities.

Fall River will soon benefit from the expansion of South Coast Rail and the planned redesign of Route 79. The Pier itself is being transformed into a publicly accessible greenspace with parking, where the city plans to host community events. Fall River will also benefit from the growth of the offshore wind industry along Massachusetts coastlines.

“Maura has stood up for Fall River as Attorney General by investing in our opioid recovery services, protecting our workers, and advocating for economic development all along the South Coast,” said Mayor Paul Coogan. “I know she is the right person to lead our city and state forward. I’m proud to endorse her for Governor today.”

“Communities along the South Coast have different needs than Boston and Maura understands the kinds of support and resources our region needs in terms of public transportation, economic development, housing, arts, and culture,” said State Representative Carol Fiola. “I know Maura will be a Governor for our entire state and be an advocate for smart, equitable growth.”

“For years, Maura has taken on powerful interests to protect our communities,” said State Representative Pat Haddad. “She’s been a great partner in our fights for reproductive freedom, worker’s rights, and clean energy in Massachusetts, and I know she’s the leader we need for this moment. I’m proud to endorse her for Governor.”

“Through these difficult years of the pandemic, Maura was a strong advocate for public health and protecting our communities,” said State Representative Paul Schmid. “As we look ahead, we need a Governor who will lift up our Gateway Cities, invest in people, and grow our state in an equitable way. That’s why I’m glad to endorse Maura’s campaign for Governor.”