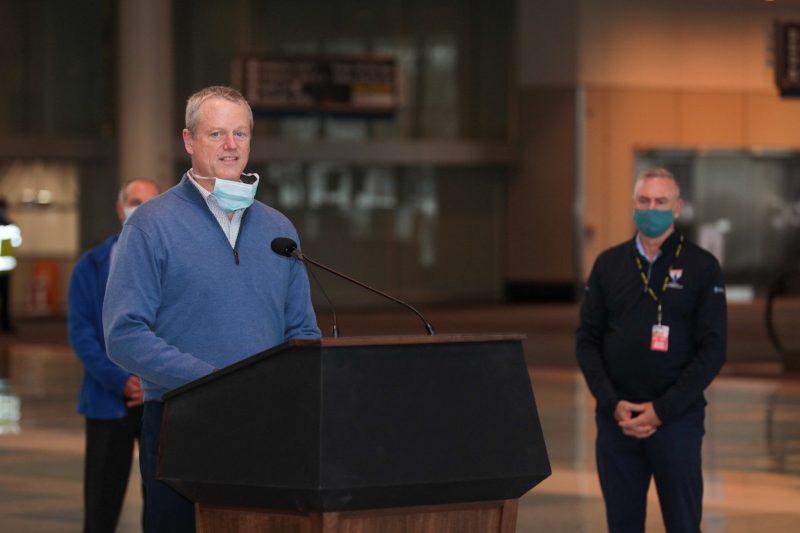 BOSTON – The Baker-Polito Administration has begun implementing its second round of nursing home reforms. As part of the Accountability and Supports Package 2.0 announced in September, the first phase includes $82 million in restructured Medicaid rates and immediate steps to eliminate 3 and 4 bed rooms in nursing homes. In addition, the state released updated surveillance testing guidance for nursing homes and rest homes and announced new funding for assisted living residences to support surveillance testing.

Over 55,500 older adults live in 700 nursing homes, rest homes, and ALRs in Massachusetts.

The Executive Office of Health and Human Services (EOHHS) is implementing the first phase of several significant reforms announced as part of the Accountability and Supports Package 2.0 in September. This package of reforms holds long term care facilities to higher standards of care and infection control, provides up to $140 million in additional funding to nursing homes, and restructures Medicaid rates to be consistent with the recommendations of the Nursing Facility Taskforce.

This first phase of reforms includes:

Requiring nursing homes to take immediate steps to reduce or eliminate rooms with more than two residents to improve infection control standards and resident quality of life, the first step in eliminating 3 and 4 bed rooms in nursing homes

$82 million in restructured Medicaid rates, which incentivize high-quality, high-occupancy, and care for high-acuity special populations, including residents with substance use disorder and/or several mental health diagnoses, while ensuring stability for high-Medicaid facilities

Strengthened criteria for nursing homes that establish isolation spaces for COVID-19 positive residents being discharged from hospitals, limiting isolation spaces to facilities that have a high DPH quality score, meet specific staffing and PPE requirements and have no deficiencies on DPH infection control surveys

With this package, the Commonwealth has committed over $400 million in new funding directly to nursing homes, on top of over $180 million in federal funding. In addition, the state has provided direct staffing supports, provided over 2.8 million pieces of personal protective equipment (PPE), provided testing via mobile testing units and reimbursement for surveillance testing, and enhanced facility accountability through regular infection control surveys and other audits.

The Administration has updated long-term care staff surveillance testing guidance to align with federal guidance. The updated guidance ensures all staff are tested at least once each month, with additional testing in facilities with new COVID cases or in high-positivity areas.

While nursing homes and rest homes are required to adhere to the surveillance testing guidance, ALRs are recommended to do so. The state will fund up to two rounds of testing for all staff per 30 days when there is a new staff case in an ALR. Nursing homes and rest homes have been reimbursed for staff surveillance testing since the policy was released in June.

The Department of Public Health has also revised the flu vaccination requirements for staff at nursing homes, rest homes, ALRs, adult day health programs, and out-of-hospital dialysis units. The DPH order eliminates the option for staff to opt-out of getting a flu vaccine, with exemptions only for medical or religious reasons.