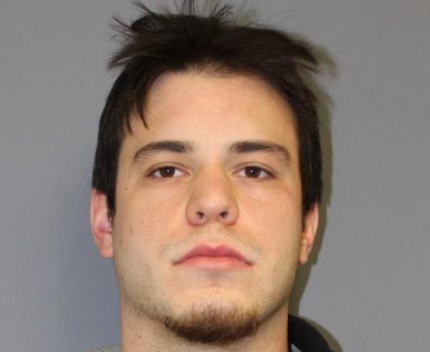 Police are investigating after a man was arrested in a fatal crash that took the life of a driver and also a pet dog.

According to police, on Sunday, February 21, 2021 at approx. 7:12pm, members of the Glocester Police, along with members of the Chepachet and West Glocester Fire Departments, responded to a serious motor vehicle accident with entrapment. The accident was located in the area of 953 Putnam Pike which is just east of the Connecticut Stateline.

Preliminary investigation determined that a 2006 Ford F-350 pick-up truck operated by Travis Beaulieu, 25, of 5 Oil Mill Lane, Glocester, was operating his vehicle eastbound at a speed in excess of the 50mph posted speed. The investigation showed that Beaulieu travelled left of center into the westbound travel lane to pass a line of vehicles that were traveling eastbound. In doing so, Beaulieu’s vehicle collided head on with a 2013 Volkswagen Beatle being operated westbound by Yvonne Cote, 65, of North Grosvenordale, Connecticut. As a result of the collison, Cote was pronounced deceased at the scene. Cote was traveling with her dog at the time of the accident which was injured, transported to an area animal hospital and later died from its injuries.

Beaulieu and his front seat passenger, Jakob Burns, 20, of 75 Salisbury Road, Glocester, were transported to RI Hospital to be evaluated and later released. As a result of the preliminary investigation, Travis Beaulieu was taken into custody and was held overnight at the police station upon his release from the hospital.

Today, Beaulieu was transported to the 3rd District Court for formal arraignment on the charge of Driving So as to Endanger-Resulting in Death. Beaulieu was arraigned before Judge Elaine Bucci with bail set at $25,000.00 with surety. Beaulieu is required to appear again in court on April 30, 2021.

The accident remains under investigation by members of the Glocester Police, the RI State Police Reconstruction Team, and RI Medical Examiner’s Office. Anyone that may have witnessed this accident, please contact Glocester Police at 401-568-2533.