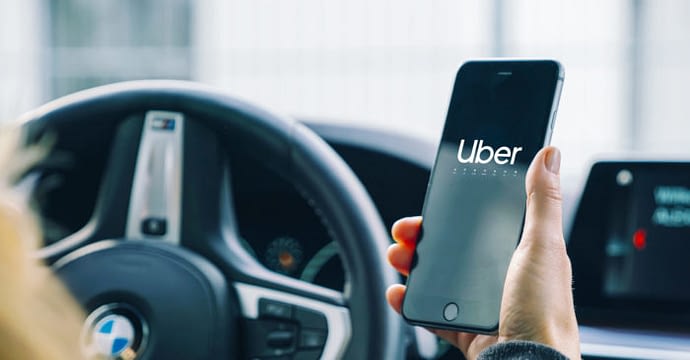 A group of labor, civil rights and racial justice groups jumped into the growing melee over wages and benefits for the Bay State’s hundreds of thousands of ride-hailing and delivery drivers, launching an organized campaign Tuesday to oppose the tech giants who are pushing to rewrite state labor law.

With Massachusetts poised to become the next battleground in a debate about how app-based companies classify and compensate drivers, the Coalition to Protect Workers’ Rights launched with a warning that the outcome could impact employees across multiple service industries.

“What our coalition wants is for Big Tech to follow the law and classify their workers as employees who are entitled to the very basic protections that we’ve all fought hard for: a minimum wage, sick time, paid family and medical leave, unemployment insurance, and protection against sexual harassment,” said Chrissy Lynch, chief of staff at the Massachusetts AFL-CIO. “We have come together to oppose the campaign by Big Tech to rewrite long-standing Massachusetts laws that would exclude hundreds of thousands of workers from these fundamental rights and protections.”

Massachusetts has more than 200,000 app-based drivers on platforms such as Uber, Lyft, DoorDash and Instacart, a sizable portion of whom are immigrants or people of color, speakers said Tuesday.

Uber and Lyft face a lawsuit from Attorney General Maura Healey, who last year made Massachusetts the second state ever to charge the companies over their classification of workers when she alleged that they boost their profits by deeming drivers independent contractors rather than employees.

While that case is ongoing, app-based companies and their allies have been pushing the Legislature to approve a bill (H 1234) that would enshrine in state law that “app-based drivers may not be entitled to some of the protections of an employee” while extending some additional benefits to them.

Higher-ups at the platforms, who argue that many drivers prefer to remain independent contractors because of the flexibility it offers, have neither committed to nor ruled out pursuing the changes via a ballot question.

They must decide by an Aug. 4 deadline to file a potential 2022 initiative petition. If they take that route, voters will likely witness a bruising and expensive campaign before being asked to determine how some of the most popular transportation and food delivery companies classify drivers.

The shadow of California’s Proposition 22 hangs over the debate. Last year — while also facing a lawsuit in California — Uber, Lyft and DoorDash collectively spent more than $200 million campaigning for a ballot question that defined app-based drivers as independent contractors, effectively exempting them from a section of Golden State labor law similar to the law in place in Massachusetts.

California voters approved Prop 22 in November with more than 58 percent in favor.

Now, with the pressure of Healey’s lawsuit lingering in the background, labor attorney Shannon Liss-Riordan said Massachusetts will become “ground zero in the next stage of this fight.”

“They have been in Massachusetts for a number of years now and they’ve been violating our laws from the very beginning,” Liss-Riordan, a former U.S. Senate candidate, told reporters on Tuesday. “Now they see that the law is catching up to them, so they’re going to try to do here what they did in California with Prop 22, which is buy themselves the law that they like.”

The Coalition to Protect Workers’ Rights, whose early operations will be funded by the Massachusetts AFL-CIO and other labor unions, touted endorsements from more than two dozen organizations as it launched Tuesday, including the ACLU of Massachusetts, Community Labor United, the Massachusetts Immigrant and Refugee Advocacy Coalition, NAACP New England Area Conference, and GreenRoots.

Mike Firestone, a former chief of staff to Attorney General Healey, will lead the coalition’s campaign. He warned Tuesday that gig economy companies “are preparing to descend with an avalanche of misleading and very expensive advertisements” as they argue their case.

Members said they are hopeful they can find greater success than in California because the group is more organized than opponents were out west and because they have a better sense of how the debate will unfold.

Veena Dubal, a professor of law at University of California Hastings, said during a Coalition to Protect Workers’ Rights press conference that many drivers still pocket net earnings below minimum wage after the passage of Prop 22.

“This is about wage and hour protections across the country,” Dubal said. “When we lost in California a $225 million fight to these companies, immediately, it became very clear that this was going to spread to other service industries. A lot of grocery store delivery workers and packers ended up losing their jobs to DoorDash workers.”

The Massachusetts Coalition for Independent Work, a group including gig economy power players like Uber and Lyft and allied business organizations, so far has built its case around the idea of “flexibility.” As independent contractors, the companies argue, drivers have leeway to set their own schedules and routes.

A Beacon Research poll of Massachusetts drivers the coalition commissioned last month found that, asked to choose between the two options, 64 percent would prefer to remain independent contractors compared to 29 percent who would rather be classified as employees. Nearly nine in 10 of those surveyed cited schedule flexibility as “major reasons” they drive for the platforms.

In a virtual event the Coalition for Independent Work hosted Tuesday afternoon, several drivers said they are better able to balance work with family, education and other personal needs because the app-based companies allow them to decide their own hours.

“If we become employees, there goes all of our flexibility, because you’re an employee now. You’re no longer your own boss. Somebody else is your boss, so they’re going to tell you what you have to do and can’t do,” said Travis Jones, an Instacart shopper and UberEats driver. “Now, there’s guidelines and there’s rules, but nobody’s telling me when I have to come in and when I have to leave, and that’s huge. That’s everything for this job.”

The industry-backed legislation, filed by Rep. Mark Cusack of Braintree and Rep. Carlos Gonzalez of Springfield, would make app-based drivers independent contractors under state law so long as the company does not “unilaterally prescribe” hours or time for work or terminate a driver for declining a ride.

Their bill would also require companies to create benefit accounts for each driver and contribute an amount equal to 4 percent of an eligible driver’s quarterly earnings. Workers could then use those accounts to pay for retirement or health insurance in the individual market.

Uber officials said in November that they hoped to secure changes by working with lawmakers rather than at the ballot box, but with six weeks until the deadline to start the initiative petition process, the Cusack and Gonzalez bill remains pending untouched before the Financial Services Committee.

Supporters of the change could also choose to launch a ballot question campaign and use it as leverage to press for a deal on Beacon Hill before Election Day arrives.