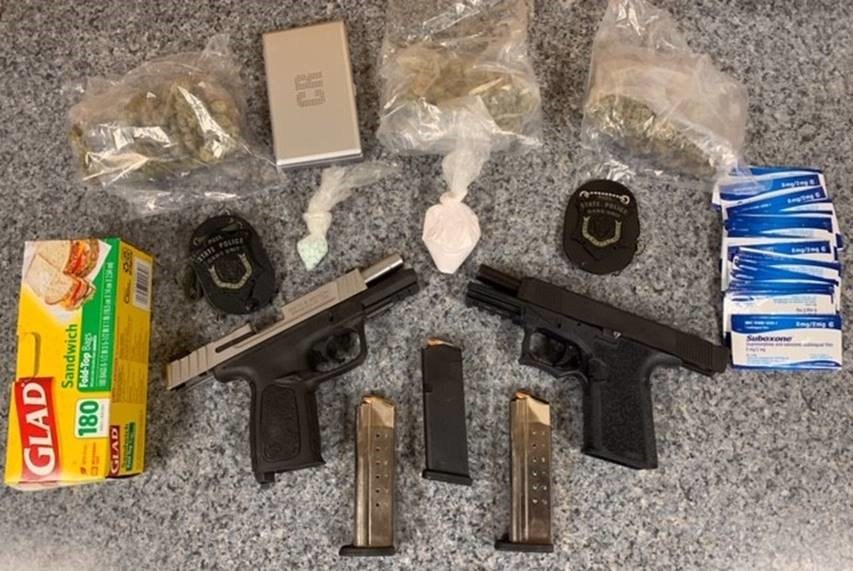 Troopers from the MSP Gang Unit were notified of the issuance of a warrant for probation violations for Samael Mathieu, 23, of Taunton. After several hours of surveillance at a specific location in Taunton, Gang Unit Troopers yesterday afternoon observed Mathieu depart in a vehicle driven by another person. When the vehicle stopped at a gas station, Troopers approached Mathieu, placed him under arrest, and located a large amount of narcotics and cash on his person. Troopers then executed a search warrant at Mathieu’s apartment and located and seized two loaded 9mm handguns, three magazines (two of them high-capacity); ammunition; approximately 32 grams of suspected fentanyl; 40 oxycodone pills; 26 suboxone strips; 65 grams of marijuana; nearly $2,100; and drug paraphernalia such as scales, cutting agents, and packaging materials. The firearms recovered were a Smith & Wesson 9mm and Mathieu was booked at State Police-Middlebrough on the following charges:

Mathieu was held without bail on the warrant and was expected to be in court today.