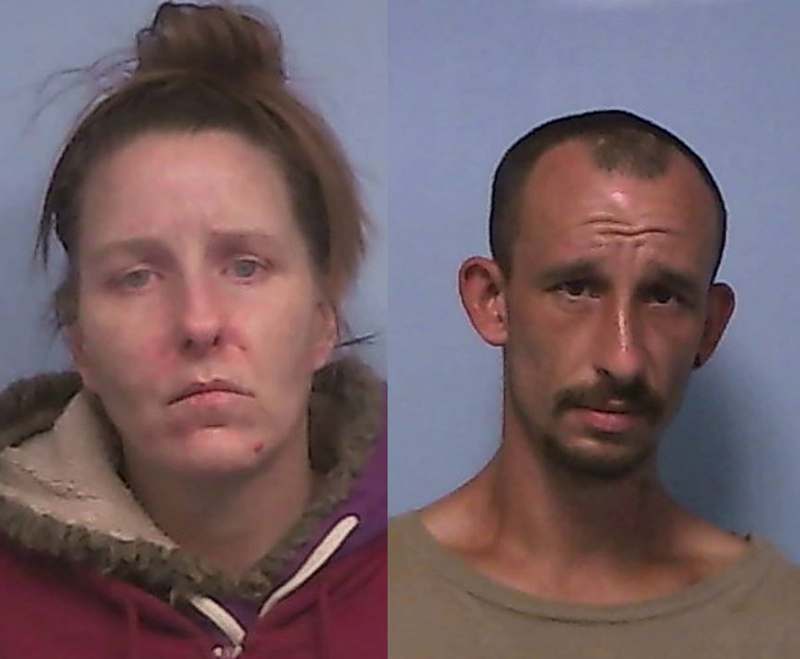 Freetown Police have arrested two who were allegedly involved in an armed home invasion.

Upon arrival, Officers were met by the home owner who had sustained injuries. He reported that two suspects had forced open the door, assaulted him with a pick-axe, robbed him of his wallet, and fled from the house. He described the suspects as a male and female, both of whom were known to him. The homeowner declined medical treatment.

Officers began an immediate search of the area. K-9 Koda began following the track of a suspect and eventually located a pick-axe. Sergeant Ashley, who was monitoring a nearby lane, apprehended the male suspect who was identified as Barry Brightman, Jr., 33, of Chace Road.

Later in the evening, officers responded to a disturbance call where Patrolmen Lee and Pina located and apprehended the female suspect, identified as Jessica L. McCarthy, 31, also of Chace Road.

Both suspects were charged with a number of alleged crimes, including assault and battery with a dangerous weapon, armed assault in a dwelling, armed burglary, and home invasion. Bail was set for Brightman on the above charges. In addition he was held on an outstanding “do not release” arrest warrant. McCarthy was held on bail.

At approximately 7:00 p.m., police received a 911 call reporting that a 2005 Chevrolet Trail Blazer had intentionally rammed another vehicle on Chace Road before fleeing the scene. Patrolman John Pina responded. His investigation revealed that a male driver had rammed his Chevrolet Trail Blazer into a car that he believed to be occupied by a person who had witnessed the earlier home invasion. At the time of the collision, the suspect was operating with children in his vehicle, including two in child seats.

Police identified the suspect as Frank J. Kane, 34, of Chace Road. Police were seeking a warrant for his arrest for the following alleged crimes: assault and battery by means of a dangerous weapon, operating so as to endanger, and intimidation of a witness.