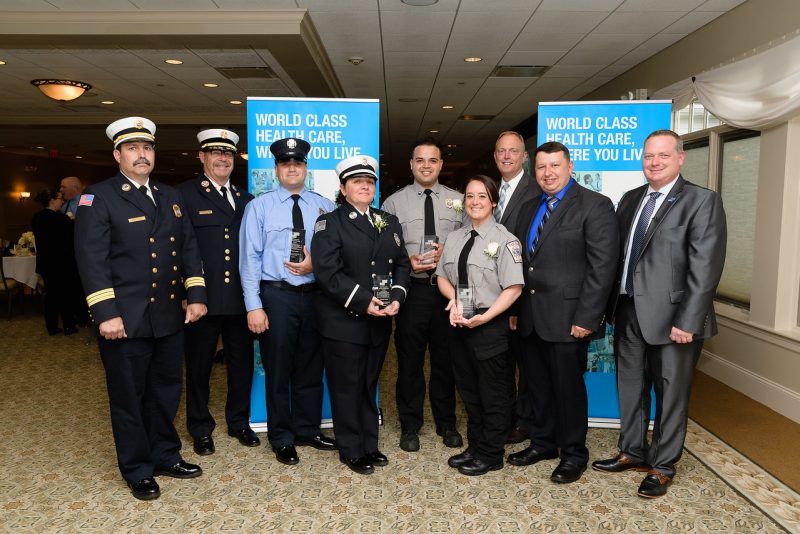 Boston-based Steward, which operates nine hospitals across Massachusetts, recognized 22 EMS providers. Among these were four members of Fall River EMS, including firefighter Sterling Hudson, of Fall River; paramedics Lucas DeAraujo, of New Bedford, and Brittany Carlson, of Tiverton; and paramedic lieutenant Jennifer Farias, of Tiverton. They were recognized for “going above and beyond” in their interactions with patients at Saint Anne’s Hospital.

“EMS providers are unsung heroes on the front lines in the battle against illness and injury,” said Saint Anne’s Hospital President Michael Bushell, who presented the awards to the local recipients. “We are immensely proud to honor their hard work and commitment to quality care with these annual awards.”

Mike Timlin, former Red Sox relief pitcher and four-time World Series Champion, delivered the “Stewards of the Community” keynote address, sharing his first-hand account of being present at the open air concert in Las Vegas last October where a gunman fired 1,100 rounds from his hotel window into the crowd, killing 58 people and wounding 851. Timlin recounted the heroic efforts of the EMS responders and how seamlessly they worked together to save lives in a moment of crisis.

“If it weren’t for first responders like those being honored tonight,” said Timlin, “many more people would have lost their lives that night. These courageous men and women willingly rush into dangerous situations every day – they are truly heroes.”