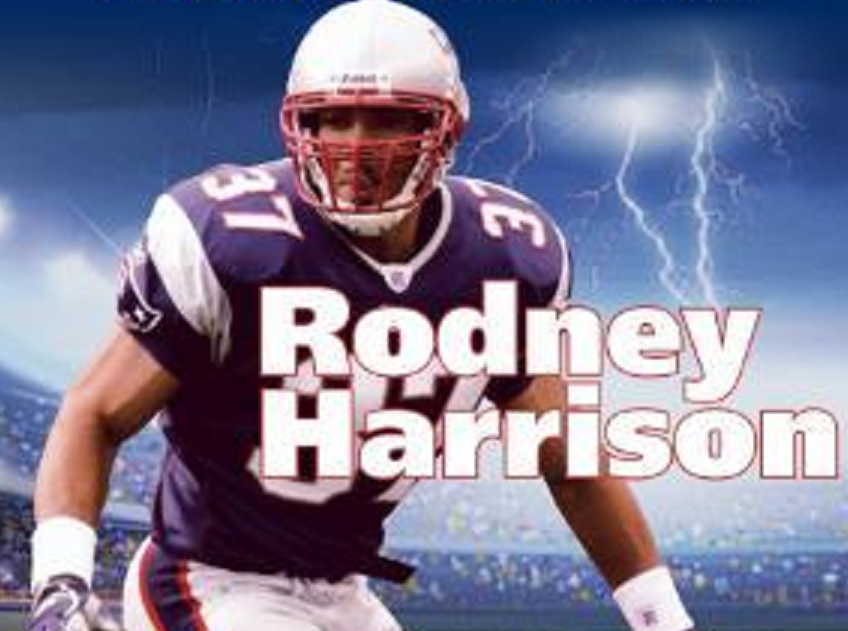 According to UMass Dartmouth, The Center for Marketing Research is pleased to announce that New England Patriots Rodney Harrison will be the celebrity speaker at its 18th annual Celebrity/Scholarship Dinner to be held on April 24, 2018 at the Venus de Milo Restaurant in Swansea, MA. BayCoast Bank and the family of Frank B. Sousa, Jr. are sponsoring the event.

The purpose of the dinner is to bring attention to the Center’s work and to help Umass Dartmouth students stay in school by awarding scholarships.  To date, approximately $200,000 has been awarded to more than 260 students.

Rodney Harrison is a two-time Pro Bowl selection and winner of two Super Bowl rings. During his career, Harrison set and still holds the record for sacks by a defensive back, as well as becoming the first NFL player with 30 sacks and 30 interceptions. He currently serves as a commentator for Sunday Night Football on NBC.

Rodney Scott Harrison was born on December 15, 1972 in Markham Illinois and played 15 seasons in the National Football League.  After playing with the San Diego Chargers, Harrison landed with the Patriots on March 13, 2003, signing a six-year deal. Harrison was named a defensive captain in his first year with the Patriots by the coaching staff.  In his 10th year in the league, Harrison earned his first Super Bowl ring.  He was also named to the Associated Press’ All-Pro team following a 140-tackle (a 2003 NFL best for a defensive back) and three-sack season in which he started all 16 regular season games.

The following year followed the same pattern.  Harrison, in Super Bowl XXXIX, would record seven tackles, a sack, and two interceptions of quarterback Donovan McNabb, despite missing almost an entire quarter due to an injury sustained during the game. The second interception, with ten seconds remaining in the game, preserved a 24–21 Patriot win, ensuring a third championship in four years.

On June 3, 2009, Harrison announced his retirement from football to become an analyst for NBC Sports‘ Football Night in America.  Patriots head coach Bill Belichick soon after called Harrison one of the best players he had ever coached.

Harrison will be sharing some of his personal story as well as some special Patriot’s related highlights.  There will be Q & A following his talk.  At the end of the program, 8×10 glossies of Rodney will be available for sale and an autograph.  There will be a Silent Auction that includes Harrison memorabilia as well as Patriots items.

Tickets are $125 or $1250 for a table of 10.  To donate a scholarship or purchase tickets, please email or call Ava Lescault at the Center for Marketing Research at alescault@umassd.edu or 508-910-6435.  Tickets can be purchased directly from the Venus de Milo at www.venusdemilo.com.