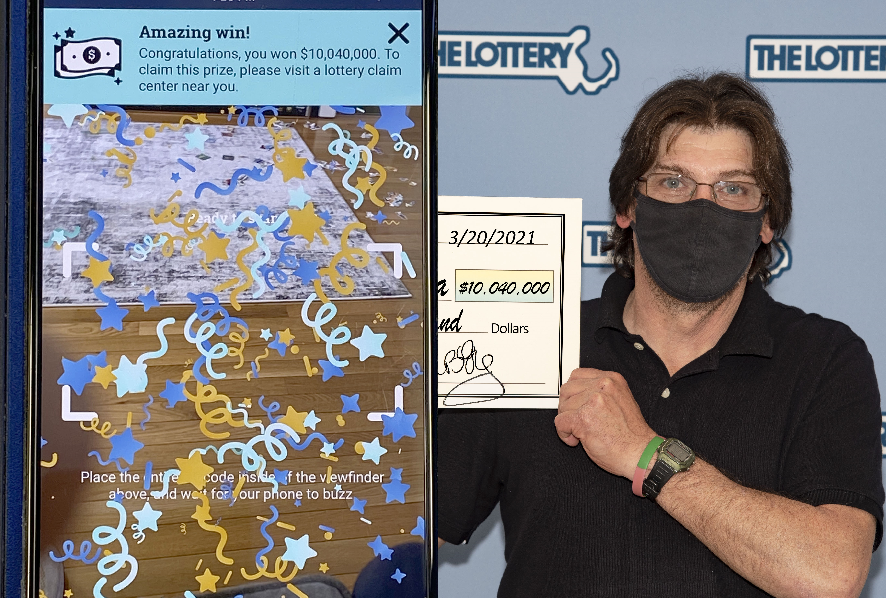 A lucky winner that we announced earlier this week has turned out to be a former Fall River man.

Steven Pereira of Fairhaven is the winner of a $10.04 million jackpot prize that was at stake in the Massachusetts State Lottery’s Megabucks Doubler drawing that took place Saturday, March 20, 2021.

After having first pulled into a gas station that was closed, Pereira proceeded to 7-Eleven, located at 188 Huttleston Ave. in Fairhaven, to purchase his ticket. The combination of 2-16-23-27-31-45 on his Quic Pic ticket matched the six numbers selected in Saturday’s drawing, resulting in his jackpot win.

Prior to visiting Mass Lottery headquarters in Dorchester to claim his prize, Pereira was able to verify that he indeed won the jackpot by using the Mass Lottery app on his smartphone to scan the code on his ticket. When he did so, a message stating the amount of his prize appeared and virtual confetti rained down the screen accompanied by the sound of trumpets.

Pereira chose the cash option on his prize and received a one-time payment of $8,424,485 (before taxes). Pereira plans on paying off his mortgage and helping out his children with his winnings.

The store will receive a $25,000 bonus for its sale of the jackpot winning ticket.