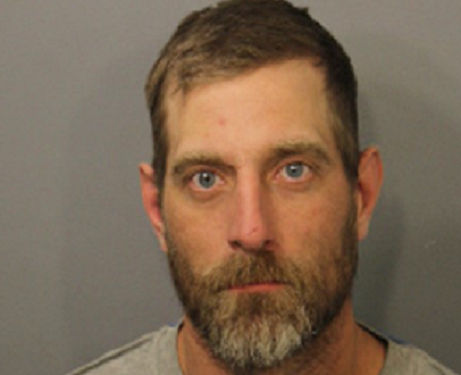 Jeffrey Vizthum pleaded guilty last week in Fall River Superior Court to indictments charging him with two counts of armed robbery, one count of armed and masked robbery, and one count of leaving the scene of property damage.

On April 14, 2020, at approximately 9:55 p.m., Fall River Police were dispatched to Seasons Corner Market located at 130 William S. Canning Blvd for an armed robbery. Upon arrival, police spoke with a female cashier, who was visibly shaken. The victim stated she had just been robbed at knifepoint by a man, about 5’10, wearing a blue and red cloth surgical mask and an Army green sweatshirt. The victim was at the register when the suspect placed two Monster energy drinks on the counter and asked for a pack of Marlboro Reds. When the victim placed the cigarettes on the counter, the suspect leaned over toward the right side of the partition with a knife and demanded all of the money in the register. The victim gave the suspect all the money from the register, which was $100. The suspect told the victim not to say anything and then walked out of the store with the cash, energy drinks and cigarettes. On surveillance video, the police observed a white older model utility truck slowly pass Seasons Corner Market. The truck pulled over near the Penske Truck Rental, which is next door to the market/gas station. After a few minutes, a male, the suspect, appeared from the direction where the truck was last seen and walked toward the gas station. After the robbery, the suspect ran in the same direction where the truck was last seen. Police noticed the suspect had a very distinct gait. Both of the suspect’s feet pointed inward as he walked.

On April 16, 2020, at approximately 12:48 a.m., Somerset Police were dispatched to Cumberland Farms at 992 GAR Highway for an armed robbery. Upon arrival, police spoke with a male clerk, who stated a white man with a graying goatee, in his late 30s to early 40s, approximately 5’10 to 6’ tall, and an average to thin build, had entered the store wearing a dark blue hooded sweatshirt, khakis, and dark shoes. The suspect attempted to purchase two cans of Monster energy drink and a pack of Marlboro Red cigarettes, but did not have enough money. The suspect then threatened the victim with a box cutter, stating “give me all the money in the drawer, it’s not worth it.” The suspect reached around the temporary glass partition with his right arm and pointed the knife at the victim. The victim gave the suspect $137 in cash from the register. The suspect then fled with the cash, energy drinks and cigarettes. On surveillance video, the police observed the suspect appeared to walk pigeon toed (toes point inbound). Police located a Monster energy drink can on Lepes Road where the suspect was seen running toward. Police located video surveillance footage from two houses on Lepes Road which depicted a large white pickup truck with a utility body on Lepes Road during the timeframe of the robbery. The vehicle was parked in the area where the can of Monster energy drink was located.

Somerset and Fall River police officials spoke about their investigations and believed the same suspect committed both robberies. Believing the suspect was in the construction field based on the white utility truck, police queried recent activity at local pawnshops and learned the defendant had pawned a tool on April 15, 2020. Police conducted a Facebook search and saw the defendant had posted several photos of a white utility truck that he recently purchased. The police also observed photos on Facebook in which the defendant was wearing a green hooded sweatshirt similar to the one worn by the suspect in the Seasons Corner Market robbery. A video showed the defendant walking with the same distinct gait with both feet pointing inward.

Later that day on April 16, 2020, at approximately 12:18 p.m., Fall River Police were dispatched to Stop and Save at 345 Robeson Street for a robbery. Upon arrival, police spoke with a male clerk. The victim reported a white male wearing a blue hooded sweatshirt and khaki pants entered the store and proceeded to the coolers. The suspect grabbed two cans of Venom energy drinks. The suspect brought the energy drinks to the register and paid for the items. The suspect then reached over the counter with his left hand while brandishing a knife in his right hand. The suspect stated “open the draw, it’s not worth your life” while lunging over the counter with the knife. The victim allowed the suspect to retrieve approximately $400 from the register. The suspect then yelled “don’t call anybody” and exited the store with the energy drinks and the money. Police believed the suspect was the same individual who had robbed Seasons Corner Market and Cumberland Farms.

At approximately 9:51 p.m. that evening, Fall River Police were dispatched to 45 Campbell Street for a motor vehicle accident involving a white Chevy pickup truck that fled the scene. The male victim reported that after hitting his fence, the vehicle struck the house next door, sideswiping the siding. The truck then hit a 2009 blue Honda Civic that was parked on Campbell Street. While canvassing the area, police observed a white Chevy pickup truck with a utility body parked at the intersection of Barlow and Horton Street. Police observed damage to the driver’s side of the vehicle including a flat rear tire, a broken driver’s side window and left side damage to the utility body. Police located the defendant sitting in the driver’s seat. The defendant stated “I’m sorry about that. I lost my brakes. I should have stopped.” The defendant admitted to colliding into a fence and a house when he tried to stop the vehicle and turned the wheel. Police impounded the vehicle pending a search warrant. On April 17, 2020, police executed a search warrant for the white utility truck. During the search, police located a green hooded sweatshirt, carpenter/khaki pants, black boots, two Venom energy drink cans, a Monster energy drink can cut in half, a utility knife, two folding knives and empty packs of Marlboro Red cigarettes.

“The defendant went on a spree of armed robberies and terrorized store clerks who were just trying to make a living. He is a danger to the community and belongs off the street,” District Attorney Quinn said.