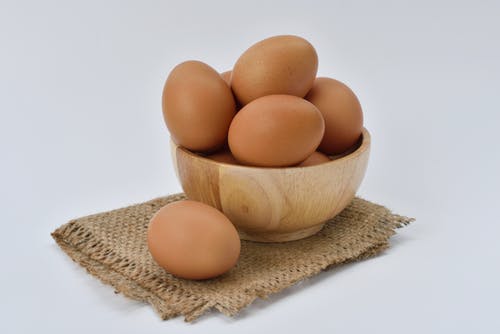 JUNE 24, 2021…..State senators on Thursday approved a bill tweaking a 2016 ballot law around animal welfare standards, in hopes of staving off what one supporter described as a coming “egg-mageddon.”

“Put simply, this bill is about happy chickens and happy consumers,” Sen. Jason Lewis said as he introduced the bill.

Lewis, a Winchester Democrat, said that standards and practices affecting egg-laying hens have evolved in the five years since Massachusetts voters approved new animal welfare rules for the farms that produce eggs, pork and veal.

Passed with more than 77 percent of the vote, the law sets standards for how much space is required for pigs, calves and egg-laying hens.

Specifically, it requires enough room for hens that the birds are capable of “fully spreading both wings without touching the side of an enclosure or other egg-laying hens and having access to at least 1.5 square feet of usable floor space per hen.” It takes effect in about six months, on Jan. 1, 2022.

Lewis said many egg producers are now using vertical aviaries — instead of horizontal ones, with the birds all enclosed on a single level — that provide hens with room to fly upwards, perch and roost.

The Senate bill (S 2481), approved on a voice vote, would allow one square foot of space per bird in aviaries that allow “unfettered vertical access,” Lewis said.

“If we don’t take action, there will be very few egg producers who will actually be in compliance with the standard as established in the ballot question, and that is not enough egg producers to meet demand here in the commonwealth — in fact far from it,” he said. “So, we would be facing an egg-mageddon come early next year, where there would be very likely a severe shortage of eggs and therefore, likely we could see very significant price increases, price spikes, which of course would be bad for consumers in Massachusetts and would have a disproportionately negative impact on lower-income consumers.”

The bill needs approval from the House and Gov. Charlie Baker to become law. At a May hearing, groups representing animal welfare advocates and commercial farmers — two opposing sides during the ballot campaign — both testified in support.

Sen. Anne Gobi, a Spencer Democrat, said egg producers in Massachusetts “have already made the necessary investments” to comply with the ballot law’s original standards.

“The so-called agreement only benefits out-of-state producers, not Massachusetts,” she said, adding that the members of the Mass. Farm Bureau oppose the bill.

She said she did not personally support the ballot question but respected the results and wanted to “speak for the voters.”

“At a time when voting rights are being attacked, we should not be taking any action to subvert the vote of the people,” Gobi said.

Lewis said he believes the legislation is “fully consistent” with the will of the 2016 voters.

Lawmakers rewrote another measure passed at the ballot that year, first delaying parts of and then overhauling the voter-backed law legalizing and regulating marijuana.