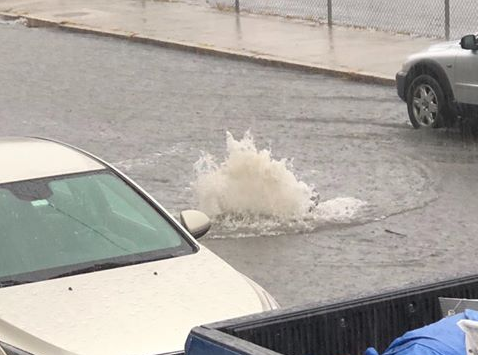 At 5:09 PM EDT, Doppler radar indicated bands of heavy rainfall that will result in street flooding. Some locations have already received up to 2 inches of rain and an additional inch of rain may fall in the next hour.

A Flood Warning means that flooding is imminent or occurring. Do not drive through roads or underpasses that are flooded. Avoid flooded areas near small streams and move to higher ground immediately.