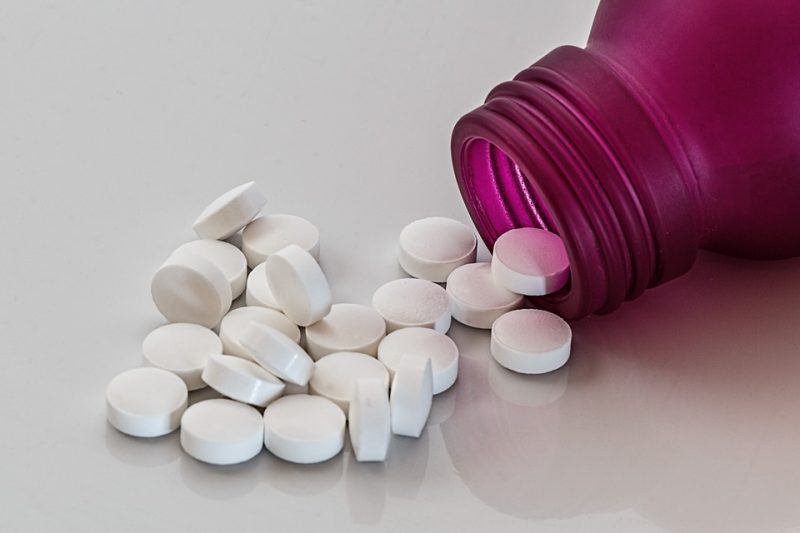 Geoffrey S. Berman, the United States Attorney for the Southern District of New York, and Ray Donovan, the Special Agent in Charge of the New York Division of the U.S. Drug Enforcement Administration (“DEA”), announced today criminal charges against Rochester Drug Co-Operative, Inc. (“RDC”), one of the 10 largest pharmaceutical distributors in the United States; Laurence F. Doud III, the company’s former chief executive officer; and William Pietruszewski, the company’s former chief compliance officer, for unlawfully distributing oxycodone and fentanyl, and conspiring to defraud the DEA. Mr. Berman’s Office also filed a lawsuit against RDC for its knowing failure to comply with its legal obligation to report thousands of suspicious orders of controlled substances to the DEA.

Mr. Berman also announced an agreement (the “Agreement”) and consent decree under which RDC agreed to accept responsibility for its conduct by making admissions and stipulating to the accuracy of an extensive Statement of Facts, pay a $20 million penalty, reform and enhance its Controlled Substances Act compliance program, and submit to supervision by an independent monitor. Assuming RDC’s continued compliance with the Agreement, the Government has agreed to defer prosecution for a period of five years, after which time the Government will seek to dismiss the charges. The consent decree is subject to final approval by the court.

U.S. Attorney Geoffrey S. Berman said: “This prosecution is the first of its kind: executives of a pharmaceutical distributor and the distributor itself have been charged with drug trafficking, trafficking the same drugs that are fueling the opioid epidemic that is ravaging this country. Our Office will do everything in its power to combat this epidemic, from street-level dealers to the executives who illegally distribute drugs from their boardrooms.”

DEA Special Agent in Charge Ray Donovan said: “Today’s charges should send shock waves throughout the pharmaceutical industry reminding them of their role as gatekeepers of prescription medication. The distribution of life-saving medication is paramount to public health; similarly, so is identifying rogue members of the pharmaceutical and medical fields whose diversion contributes to the record-breaking drug overdoses in America. DEA investigates DEA Registrants who divert controlled pharmaceutical medication into the wrong hands for the wrong reason. This historic investigation unveiled a criminal element of denial in RDC’s compliance practices, and holds them accountable for their egregious non-compliance according to the law.”

According to the documents filed today in Manhattan federal court[1]:

Violations of the Federal Narcotics Laws

RDC’s employees, including in conversations with Doud and Pietruszewski, described some of the company’s customers as “very suspicious,” and even characterized particular pharmacies as a “DEA investigation in the making” or “like a stick of dynamite waiting for [the] DEA to light the fuse.” Nonetheless, throughout the period in question, RDC, at the direction of Doud, increased its sales of oxycodone and fentanyl exponentially. From 2012 to 2016, RDC’s sales of oxycodone tablets grew from 4.7 million to 42.2 million – an increase of approximately 800 percent – and during the same period RDC’s fentanyl sales grew from approximately 63,000 dosages in 2012 to over 1.3 million in 2016 – an increase of approximately 2,000 percent. During that same time period, Doud’s compensation increased by over 125 percent, growing to over $1.5 million in 2016.

Conspiracy to Defraud the DEA

From 2012 through March 2017, as alleged, RDC took steps to conceal its illicit distribution of controlled substances from the DEA and other law enforcement authorities. Among other things, RDC made the deliberate decision not to investigate, monitor, or report to the DEA pharmacy customers that it knew were diverting controlled substances for illegitimate use. Because it knew that reporting these pharmacies would likely result in the DEA investigating and shutting down its customers, RDC’s senior management, including Doud, directed the company’s compliance department – and in particular Pietruszewski – not to report them, and instead to continue supplying those customers with dangerous controlled substances that the company knew were being dispensed and used for illicit purposes. Among other things, pursuant to Doud’s instructions, and contrary to the company’s representations to the DEA, RDC opened new customer accounts without conducting due diligence, and supplied those customers – some of whom had been terminated by other distributors – with dangerous controlled substances.

Additionally, RDC knowingly and willfully avoided filing suspicious order reports with the DEA as required by law. Between 2012 through 2016, the company identified approximately 8,300 potentially suspicious “orders of interest,” including thousands of oxycodone orders, but the company reported only four suspicious orders to the DEA. As alleged, RDC did not report suspicious orders in order to protect the profit being generated by customers dispensing large quantities of controlled substances. As a result, the DEA’s ability to identify and prevent the illicit dispensing of highly addictive controlled substances by several of RDC’s pharmacy customers was impeded.

ROCHESTER DRUG CO-OPERATIVE, INC., is a wholesale distributor of pharmaceutical products, including controlled substances, headquartered in Rochester, New York. It is one of the nation’s 10 largest distributors of pharmaceutical products – and the fourth largest in the New York area – with over 1,300 pharmacy customers and over $1 billion in revenue per year. RDC has been charged in an Information with conspiracy to violate the narcotics laws, conspiracy to defraud the United States, and willfully failing to file suspicious order reports. RDC has also been sued in a civil complaint for its failure to file suspicious order reports.

LAURENCE F. DOUD III, 75, of New Smyrna, Florida, has been charged with one count of conspiracy to distribute controlled substances, which carries a maximum sentence of life in prison and a mandatory minimum sentence of 10 years, and one count of conspiracy to defraud the United States, which carries a maximum prison term of five years.

The maximum potential sentences are prescribed by Congress and are provided here for informational purposes only, as any sentencing of the defendants will be determined by the judge.

The criminal cases are being handled by the Narcotics Unit of the Office’s Criminal Division. Assistant U.S. Attorneys Stephanie Lake, Louis Pellegrino, Nicolas Roos, and Alexandra Rothman are in charge of the prosecutions. The civil case against RDC is being handled by the Office’s Civil Division. Assistant U.S. Attorneys Jacob M. Bergman and Jeffrey K. Powell are in charge of the case.