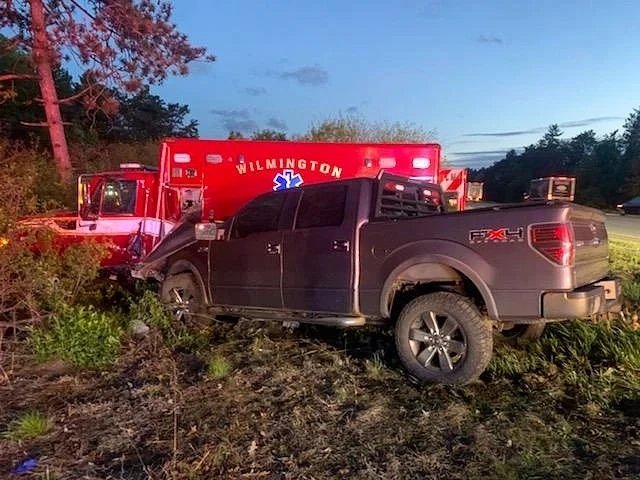 Multiple firefighters were transported to the hospital early this morning with injuries after a collision.

According to the Wilmington Fire Department, this morning just before 4:30 a.m.,, Wilmington Fire and EMS units were responding to a motor vehicle crash on Interstate 93 Southbound, north of the Route 125 exit. While attempting to make a left turn from the high-speed lane to access the emergency turnaround from Interstate 93 North, Wilmington A2 was struck by another motorist.

Both firefighters in the ambulance were transported, treated, and released from the hospital.

The driver of the pickup truck was treated by Wilmington Fire and Action paramedics and transported to the hospital; his condition is unknown at this time.

It was previously reported that the ambulance was transporting a patient at the time of the accident, but WFD corrected that claim.

WFD stated that the accident “is a stark reminder to slow down and proceed with caution around emergency vehicles responding with their lights on.”