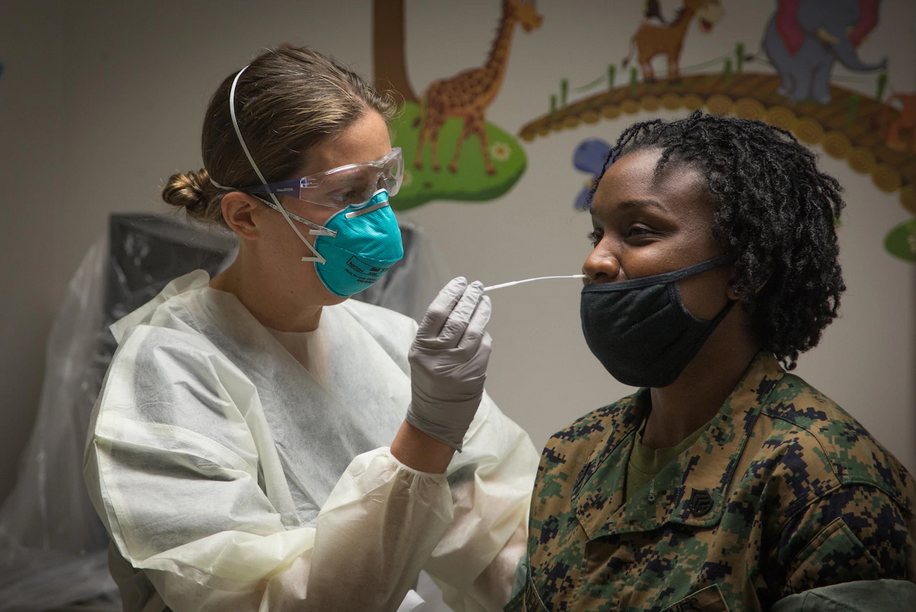 Bay Staters may have become accustomed over the past two years to warm weather overlapping with a period of waning COVID-19 impact, but this time around, cases and hospitalizations are continuing to rise as the days grow longer.

With a variant and subvariant circulating, most measurements of the virus’s impact in Massachusetts have climbed to levels last observed in February on the tail end of the winter surge.

The Massachusetts Water Resources Authority, which tracks COVID in wastewater at the Deer Island Treatment Plant, has been reporting rising levels of the virus.

Cases continue to pop up in the State House, which is open to visitors regardless of vaccination or test status and House and Senate lawmakers and staff are subject to a vaccine mandate. Legislative leaders are continuing to operate in a mask-optional mode, with lawmakers allowed to participate in sessions remotely.

“Governor Baker is not feeling well and will not be attending public events in person today. The Governor is attending meetings virtually today and has tested negative for COVID-19,” Baker spokesman Terry MacCormack said in a statement at about noon.

While the public health landscape is vastly different than this time last year or even during the omicron-fueled peak in January, medical experts are once again urging renewed caution.

“Despite the warmer weather and our collective hope for a reprieve of some sort, it is important to acknowledge that COVID-19 is still with us, and we need to continue to utilize the proven public health measures and tools at our disposal to prevent infection and disease spread,” Mass. Medical Society President Dr. Carole Allen said on Monday. “Public health data reveal that positive cases in Massachusetts communities and in our schools have been climbing over recent weeks, fueled by Omicron variant BA.2 and the subvariant BA.2 12.1. It is impossible to predict whether the case numbers will continue to rise, but we know there are measures we can all take to minimize COVID-19’s impact.”

The Department of Public Health on Monday reported a total of 10,789 positive confirmed tests over the course of Friday, Saturday and Sunday. On Thursday, the seven-day average of new cases per day hit 3,751, the highest since Feb. 2 but still well below the wintertime peak of more than 23,000.

Massachusetts hospitals counted 739 COVID patients as of Friday, more than three and a half times as many as the 200 recorded on April 6 but much lower than the Jan. 14 high of 3,306.

Widespread vaccinations and the availability of treatments have reduced the threat COVID-19 poses. Nearly 80 percent of the Massachusetts population is fully vaccinated, according to the latest Centers for Disease Control data, more than half of whom have also received booster doses.

Allen urged eligible Bay Staters who have not yet received the shots or boosters to do so and for anyone who tests positive to report the result to their physician so doctors can weigh deploying treatment such as the antiviral Paxlovid.

“We urge those who are at high risk to limit their exposure to others,” Allen said. “We know doing so can be a tough decision to make when planning for graduations, parties, vacation, and other seasonal events. We recommend masking for those who gather indoors or in large groups, regardless of individual risk level.”

“The physicians of Massachusetts want everyone to have a healthy summer, which means taking those extra steps to protect individual health and the health of others,” she added.

The specter of the virus continues to hang over the public sector.

On Monday, House officials announced another two individuals who were last in the State House on Thursday had tested positive. That marks the ninth exposure notification from House or Senate leaders since April 25, collectively reflecting at least 27 cases.

U.S. District Court for Massachusetts Chief Judge Dennis Saylor IV on Monday also issued another round of extensions to policies allowing for remote judicial operations. His latest orders, effective Tuesday, allow for some criminal proceedings and felony pleas and sentencing to be conducted via videoconference or teleconference for another 60 days in cases where a defendant consents.

In the order concerning felony pleas and sentences, Saylor wrote that those court proceedings “cannot be conducted in person in the District of Massachusetts without seriously jeopardizing public health and safety.”

The latest trends come as the country surpasses yet another grim toll: on Monday, the nationwide confirmed death toll from COVID-19 hit 1 million. As The New York Times noted in a sweeping analysis, that’s more Americans dead from the virus in less than three years “than in two decades of car crashes or on battlefields in all of the country’s wars combined.”

The White House announced Monday that Americans can now order a third round of at-home tests on COVIDTests.gov, with eight at-home tests available for each household.