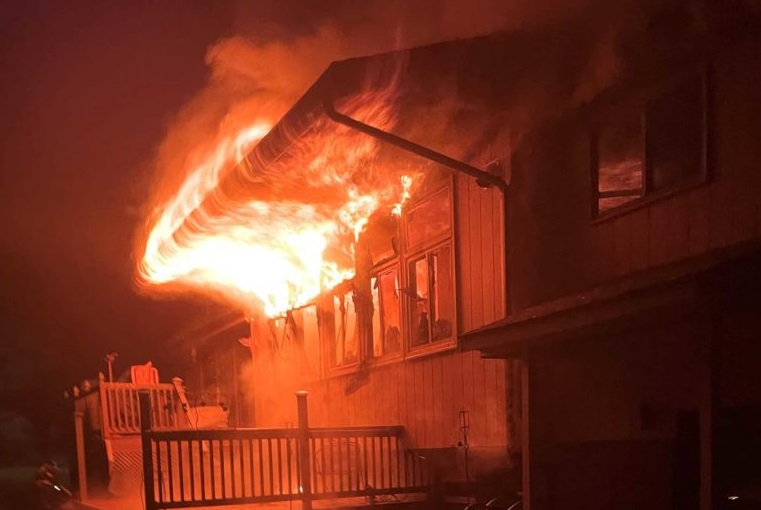 According to Chief Justin Alexander, Easton Fire crews were dispatched to 30 Eisenhower Drive at approximately 2:55 a.m. It is believed that the fire had been burning for a significant amount of time before a 911 call was received, and as a result firefighters encountered heavy fire conditions upon arrival.

Crews were able to bring the fire under control within approximately 40 minutes of their arrival. The scene was cleared at approximately 6:15 a.m.

Two residents and multiple pets were in the home at the time of the fire. The residents were able to exit the home with a cat prior to firefighters’ arrival. An Easton firefighter was later able to bring the residents’ other cat outside to safety.

Mutual aid was provided at the scene by the Stoughton and West Bridgewater Fire Departments. Brewster Ambulance, Easton Animal Control, the Easton Community Emergency Response Team and Mansfield Emergency Management also responded to the scene. Brockton Fire provided station coverage and responded to a motor vehicle crash on Depot Street while Easton crews were working at the scene of the fire.

The home sustained extensive damage. The residents are displaced and currently being assisted by family.

The cause of the fire remains under investigation by the Easton Fire Department, though the preliminary investigation indicates it was accidental.