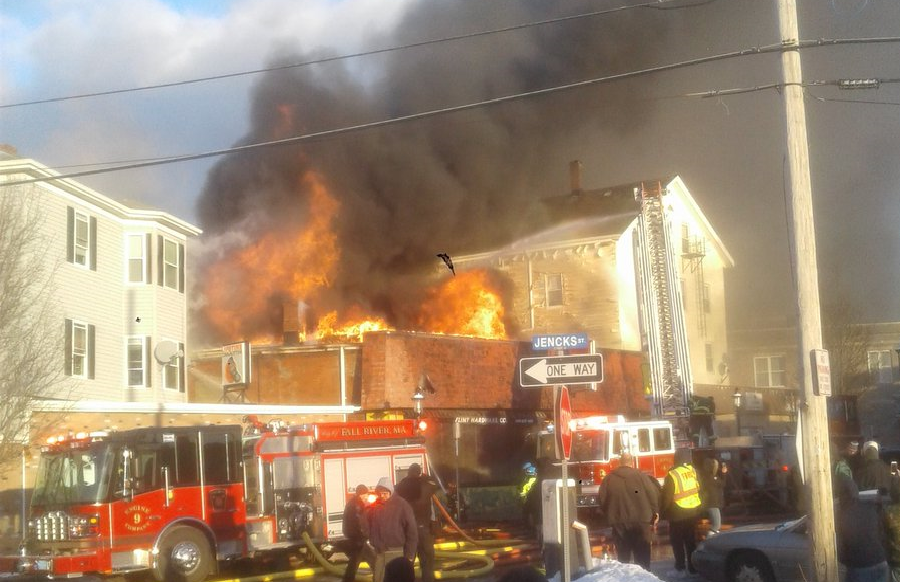 UPDATE: Rob Leeds of Fall River spoke with the man, or one of the people who initially called 911. He said he personally went in before the fire was too bad and all of the birds, cats, dog, and people got out safely.

Also one firefighter has been reported injured with minor injuries.

A fire is in progress at Flint Hardware at 1338 Pleasant St in Fall River.

The call came in  shortly after 3:30 p.m. with smoke and fire showing according to multiple calls and an off duty officer.

Flint Hardware is completely destroyed and the blaze has caught onto a house next door.

According to scanner transmissions, it appeared everyone got out safely.

@NBC10 @wpri12 @fallriver_ma Flint hardware Pleasant st. It's been there for many years pic.twitter.com/Acq4tbgnNj