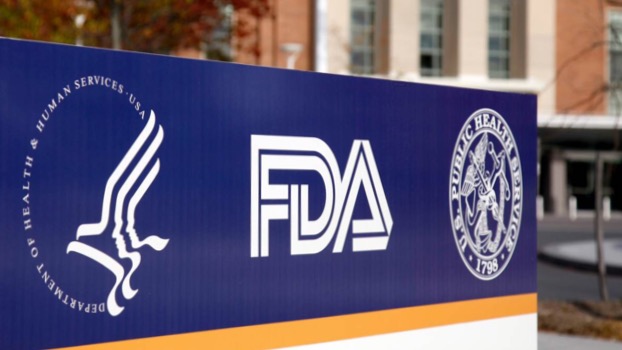 The FDA has released a statement in response to deaths over the use of kratom. The statement calls the plant an opioid and is warning the public concerning it’s usage.

Here is the FDA’s statement:

Over the past several months, there have been many questions raised about the botanical substance known as kratom. Our concerns related to this product, and the actions we’ve taken, are rooted in sound science and are in the interest of protecting public health. However, we recognize that there is still much that is unknown about kratom, which is why we’ve taken some significant steps to advance the scientific understanding of this product and how it works in the body. Today, we’re providing details of some of the important scientific tools, data and research that have contributed to the FDA’s concerns about kratom’s potential for abuse, addiction, and serious health consequences; including death.

Notably, we recently conducted a novel scientific analysis using a computational model developed by agency scientists, which provided even stronger evidence of kratom compounds’ opioid properties. These kinds of models have become an advanced, common and reliable tool for understanding the behavior of drugs in the body. We also have learned more about deaths that involved kratom use, and have identified additional adverse events related to this product. This new data adds to our body of substantial scientific evidence supporting our concerns about the safety and abuse potential of kratom.

We have been especially concerned about the use of kratom to treat opioid withdrawal symptoms, as there is no reliable evidence to support the use of kratom as a treatment for opioid use disorder and significant safety issues exist. We recognize the need and desire for alternative treatments for both the treatment of opioid addiction, as well as the treatment of chronic pain. The FDA stands ready to evaluate evidence that could demonstrate a medicinal purpose for kratom. However, to date, we have received no such submissions and are not aware of any evidence that would meet the agency’s standard for approval.

Federal agencies need to act quickly to evaluate the abuse potential of newly identified designer street drugs for which limited or no pharmacological data are yet available. This is why the FDA developed the Public Health Assessment via Structural Evaluation (PHASE) methodology – a tool to help us simulate, using 3-D computer technology, how the chemical constituents of a substance (such as the compounds/alkaloids found in kratom) are structured at a molecular level, how they may behave inside the body, and how they can potentially affect the brain. In effect, PHASE uses the molecular structure of a substance to predict its biological function in the body. For example, the modelling platform can simulate how a substance will affect various receptors in the brain based on a product’s chemical structure and its similarity to controlled substances for which data are already available.

Using this computational model, scientists at the FDA first analyzed the chemical structures of the 25 most prevalent compounds in kratom. From this analysis, the agency concluded that all of the compounds share the most structural similarities with controlled opioid analgesics, such as morphine derivatives.

Next, our scientists analyzed the chemical structure of these kratom compounds against the software to determine its likely biologic targets. The model predicted that 22 (including mitragynine) of the 25 compounds in kratom bind to mu-opioid receptors. This model, together with previously available experimental data, confirmed that two of the top five most prevalent compounds (including mitragynine) are known to activate opioid receptors (“opioid agonists”).

The computational model also predicted that some of the kratom compounds may bind to the receptors in the brain that may contribute to stress responses that impact neurologic and cardiovascular function. The agency has previously warned of the serious side effects associated with kratom including seizures and respiratory depression.

The third aspect of the model is the 3-D image we generate to look at not just where these compounds bind, but how strongly they bind to their biological targets. We found that kratom has a strong bind to mu-opioid receptors, comparable to scheduled opioid drugs.

So what does this body of scientific evidence mean? The FDA relies on this kind of sophisticated model and simulation to supplement its data on how patients react to drugs; often as a way to fully elucidate the biological activity of a new substance. The data from the PHASE model shows us that kratom compounds are predicted to affect the body just like opioids. Based on the scientific information in the literature and further supported by our computational modeling and the reports of its adverse effects in humans, we feel confident in calling compounds found in kratom, opioids.

Furthermore, this highlights the power of our computational model-based approach to rapidly assess any newly identified natural or synthetic opioids to respond to a public health emergency.

Learnings from reports of death associated with kratom

We’ve been carefully monitoring the use of kratom for several years, and have placed kratom products on import alert to prevent them from entering the country illegally. We have also conducted several product seizures. These actions were based, in part, on a body of academic research, as well as reports we have received, suggesting harm associated with its use. And we are not alone in our evaluation and our public health concerns. Numerous countries, states and cities have banned kratom from entering their jurisdictions. We described some of this information in a public health advisory in November 2017, in which we urged consumers not to use kratom or any compounds found in the plant.

Now, I’d like to share more information about the tragic reports we have received of additional deaths involving the use of kratom. Looking at the information we have received – including academic research, poison control data, medical examiner reports, social science research and adverse event reports – we now have 44 reported deaths associated with the use of kratom. This is an increase since our November advisory, which noted 36 deaths associated with these products. We’re continuing to review the newly received reports and will release those soon. But it’s important to note that these new reports include information consistent with the previous reports.

Today, we’re releasing the reports of the 36 deaths we referenced in November. These reports underscore the serious and sometimes deadly risks of using kratom and the potential interactions associated with this drug. Overall, many of the cases received could not be fully assessed because of limited information provided; however, one new report of death was of particular concern. This individual had no known historical or toxicologic evidence of opioid use, except for kratom. We’re continuing to investigate this report, but the information we have so far reinforces our concerns about the use of kratom. In addition, a few assessable cases with fatal outcomes raise concern that kratom is being used in combination with other drugs that affect the brain, including illicit drugs, prescription opioids, benzodiazepines and over-the-counter medications, like the anti-diarrheal medicine, loperamide. Cases of mixing kratom, other opioids, and other types of medication is extremely troubling because the activity of kratom at opioid receptors indicates there may be similar risks of combining kratom with certain drugs, just as there are with FDA-approved opioids.

However, unlike kratom, FDA-approved drugs have undergone extensive review for safety and efficacy, and the agency continuously tracks safety data for emerging safety risks that were previously unknown. So we have better information about the risks associated with these products; and can better inform the public of new safety concerns. For example, in August 2016, the FDA required a class-wide change to drug labeling to help inform health care providers and patients of the serious risks (including respiratory depression, coma and death) associated with the combined use of certain opioid medications and benzodiazepines. In June 2016, the agency also issued a warning that taking significantly high doses of loperamide, including through abuse or misuse of the product to achieve euphoria or self-treat opioid withdrawal, can cause serious heart problems that can lead to death. We also recently took steps to help reduce abuse of loperamide by requesting packaging restrictions for these products sold “over-the-counter.”

Taken in total, the scientific evidence we’ve evaluated about kratom provides a clear picture of the biologic effect of this substance. Kratom should not be used to treat medical conditions, nor should it be used as an alternative to prescription opioids. There is no evidence to indicate that kratom is safe or effective for any medical use. And claiming that kratom is benign because it’s “just a plant” is shortsighted and dangerous. After all, heroin is an illegal, dangerous, and highly-addictive substance containing the opioid morphine, derived from the seed pod of the various opium poppy plants.

Further, as the scientific data and adverse event reports have clearly revealed, compounds in kratom make it so it isn’t just a plant – it’s an opioid. And it’s an opioid that’s associated with novel risks because of the variability in how it’s being formulated, sold and used recreationally and by those who are seeking to self-medicate for pain or who use kratom to treat opioid withdrawal symptoms. We recognize that many people have unmet needs when it comes to treating pain or addiction disorders. For individuals seeking treatment for opioid addiction who are being told that kratom can be an effective treatment, I urge you to seek help from a health care provider. There are safe and effective, FDA-approved medical therapies available for the treatment of opioid addiction. Combined with psychosocial support, these treatments are effective. Importantly, there are three drugs (buprenorphine, methadone, and naltrexone) approved by the FDA for the treatment of opioid addiction, and the agency is committed to promoting more widespread innovation and access to these treatments to help those suffering from an opioid use disorder transition to lives of sobriety. There are also safer, non-opioid options to treat pain. We recognize that some patients have tried available therapies, and still have unmet medical needs. We’re deeply committed to these patients, and to advancing new, safe and effective options for those suffering from these conditions.