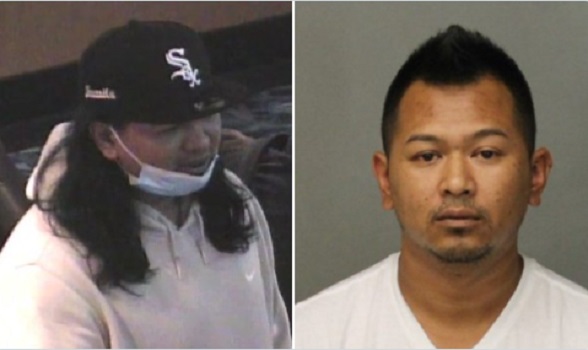 The Federal Bureau of Investigation, Boston Division’s Merrimack Valley Transnational Organized Crime Task Force, and the Lowell Police Department are asking for the public’s assistance in locating 36-year-old Darasy S. Chhim, a member of the Lowell, Massachusetts-based gang One Family Clique (OFC), and the Bloods.

According to the FBI, Chhim is wanted for his alleged role in a large-scale and long-running drug trafficking conspiracy in which 15 alleged gang members and associates were charged. Chhim is the only remaining fugitive. A federal arrest warrant was issued for Chhim on June 9, 2021, in the United States District Court, District of Massachusetts, Boston, Massachusetts, after he was charged with Conspiracy to Distribute and to Possess with Intent to Distribute Heroin, 500 Grams or More of Cocaine, Cocaine Base, 40 Grams or More of Fentanyl, 500 Grams or More of Methamphetamine, and MDMA.

The FBI is offering a reward of up to $10,000 to anyone with information leading to the location, arrest, and conviction of Chhim.

Chhim speaks English and Khmer. He is of Cambodian descent. It is believed Chhim grew up in Revere and Lynn, Massachusetts, but it is unclear if he still has any ties there. Chhim has historical gang ties to both Lowell, Massachusetts, and Philadelphia, Pennsylvania, and he has family in Lowell and Tyngsboro, Massachusetts.

Chhim has a mole between his eyebrows, closer to the left. He also has the following tattoos: “Liliana Chhim” in cursive on his chest, “Hate Me Now & F*** The World” on his upper back, and a skull, roses, cards, and a hand sign on his right arm/shoulder.

Chhim is considered armed and dangerous.