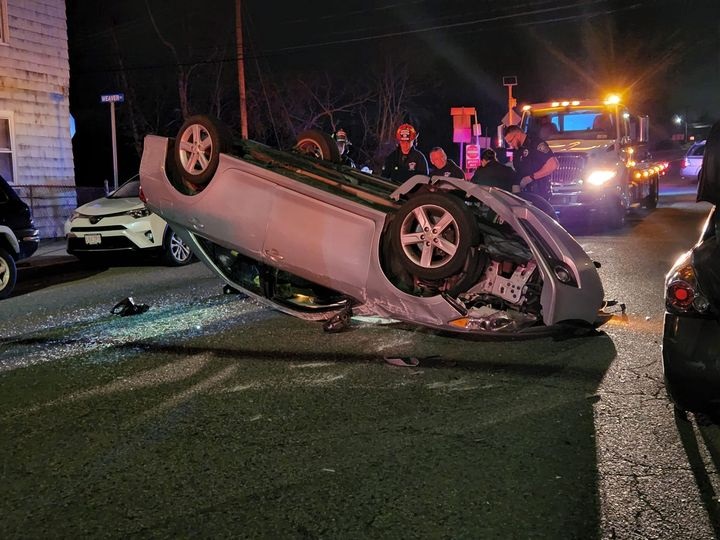 According to Captain Barden Castro, Ofc. Felicia Melo is investigating a crash that took place at approximately 10:45 p.m.

Officers responded to the 2000 block of North Main Street due to a motor vehicle crash. It was determined that a vehicle travelling north collided with two parked cars and rolled over. See video here.

The male operator fled the scene prior to police arrival, however, he was subsequently located at St. Anne’s Hospital.

Witnesses stated that pill bottles were located around the vehicle, but due to the investigation not being completed, officers could not confirm.

The driver will be summoned into court on unspecified motor vehicle charges pending the conclusion of the investigation.