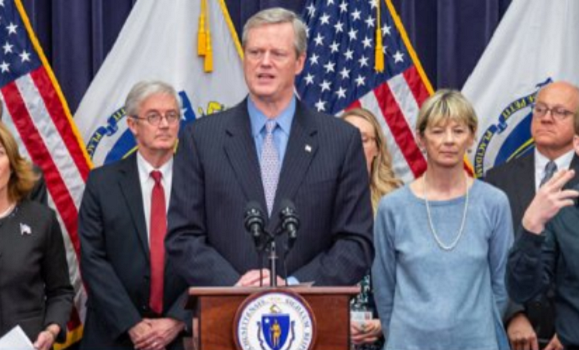 Full details on proposed changes in the legislation include:

Suspending the cap on hours and compensation for retired employees collecting a pension for hours worked during the state of emergency, allowing municipalities to tap qualified workers when their workforces might be disrupted.

Permitting establishments licensed to sell alcohol for on-premises consumption to sell wine and beer by take-out and delivery, provided that the wine or beer is sold in the original sealed container, is sold in the same transaction as a purchase of food and is not over certain volume limitations.

Modifying the local permitting process during the state of emergency by:

Providing that no permit is automatically granted, approved, or denied because a local permitting authority is unable to act within a time period required by law.

Providing that any permit that is currently valid will not lapse or expire during the state of emergency and suspends any time limitation on such permits during the emergency.

Allowing applications for permits to be filed electronically, to eliminate the need for in-person filing.

Suspending any requirement that a hearing on a permit application be held within a certain period until 45 days after the end of the state of emergency.

Permitting Regional School Districts to suspend the statutorily-required vote on the approval of their fiscal year 2021 budget and allowing the Department of Elementary and Secondary Education to certify an amount sufficient for the operation of the district, until a budget can be adopted.

Extending a Student Opportunity Act deadline by permitting the Commissioner of Elementary and Secondary Education to extend the April 1, 2020 deadline for each district to submit its first 3-year plan to address “persistent disparities in achievement among student subgroups.”

Extending the dates by which the MBTA must approve a preliminary budget and submit a final budget to better align with the Commonwealth’s budget process.