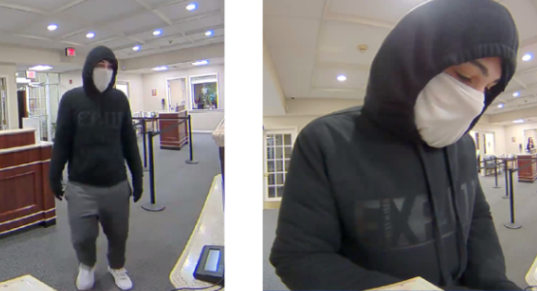 Fall River Police are looking for the public’s help to capture a Friday bank robbery suspect.

According to Detective John Robinson, an unarmed robbery occurred at BayCoast Bank at 490 Robeson Street at approximately 5:00 p.m. on January 10th.

During the incident, a lone suspect walked into the bank and approached a teller. Once at the teller, the suspect demanded money. Robinson stated that the suspect walked out with an undetermined amount of cash and was seen walking west on Maple Street.

The suspect is believed to be a white male. He was wearing dark clothing.

Anyone with information on the bank robbery can contact Fall River Police at (508)676-8511.