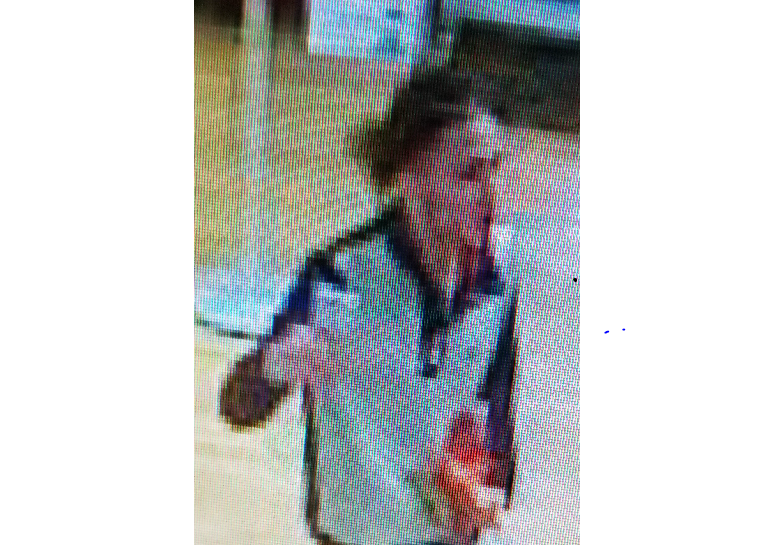 On January 24th at approximately 03:00 a.m., Officers Ross Aubin and Thomas DeMello of the Fall River Police Department’s Uniform Division responded to the Cumberland Farms at 4548 North Main Street in Fall River in response to an Armed Robbery complaint. On arrival Officer Aubin spoke to the clerk who stated an intoxicated skinny white male in his 20’s with brown hair in a bun wearing white sneakers, ripped baggie whitewashed jeans, and a white jacket with blue sleeves walked out without paying. The clerk went on to say that the male yelled at her and when she refused to serve him at the register. The male shouted ‘I beat Hoes in New Bedford’ and ‘I carry a burner’. The clerk fearing she was about to beaten and robbed called police. The male walked out of the store carrying a Vitamin Water, a Banana, and two Kit Kat XL’s. The male entered a Cab and left the area.

Officer Aubin was able to track down the cab driver and locate the area where the male was dropped off at but could not locate the male.

This incident is under investigation and anyone with further information is urged to contact Officer Ross Aubin of the Fall River Police Departments’ Uniform Division at (Raubin@FRPD.Org), 508-676-8511 Ext 115, or call the FRPD anonymous tips line at 508-672-TIPS(8477).