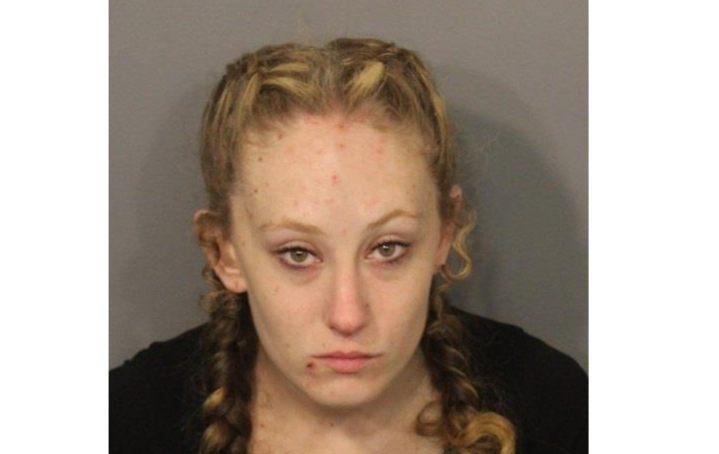 At approximately 3:50 a.m., Officers of the Fall River Police Departments Uniform Division were dispatched to Irving and Pleasant Streets in regards to an armed robbery. Officer Timothy Magan, along with Sergeants’ Bryan Nadeau and Brett Kimball were then redirected to the intersection of Albion and Downing Streets because the victim had moved from the area.

The female victim (age – 26) told responding officers that she received a text message from a friend asking her to bring cigarettes to the intersection of Irving and Pleasant Streets. The complainant stated she bought cigarettes and when she arrived at the intersection, her friend was already there waiting. The victim stated that when she removed the cigarettes from her pocket, $80 became visible for a moment. The victim stated the suspect reached into her pocket and took the money. The victim reached out to retrieve the money, but the suspect brandished a knife.

A friend of the victim informed Officers that the victim made arrangements to buy Heroin at 2:00 a.m. at the Irving and Pleasant Street intersection. On arrival at the intersection the victim told the friend she was robbed by ‘Cassie.