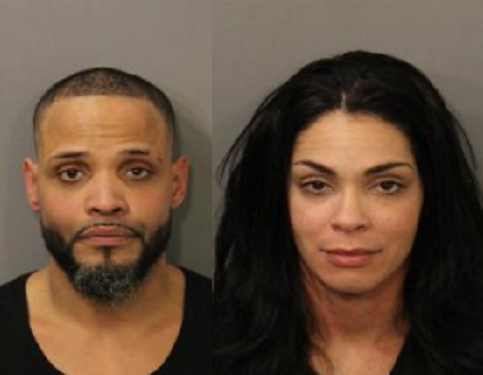 Two were arrested by Fall River Police after a reported break-in this week.

According to Captain Jay Huard, on Monday, March 1st, at approximately 6:11 p.m., officers were dispatched to Bank Street in regards to a break-in in progress.

Upon the officer’s arrival, they were informed that the parties potentially involved with the break-in were located in the backyard of the residence. It was initially reported to officers that a female voice was yelling outside of the apartment door, “let me in, let me in!”. A male suspect subsequently broke into the apartment with a blue crowbar. At some point both suspects fled the apartment.

Huard stated that officers were able to locate two parties in the backyard, 38-year-old Jose Almeida and 39-year-old Anahi Rodrigues. Almeida was located on the fire escape of 306 Bank Street with a crowbar in his hand. Rodrigues had a black backpack in her hands and placed it on the ground upon seeing the officers.

While placing Rodrigues under arrest, Sergeant Parousis observed a firearm in plain view located in a black backpack that was in her possession. This firearm was later identified as an EXTAR 5.56 AR15 Pistol. The firearm was discovered loaded with two rounds wedged in the open chamber. Two PMAG firearm magazines with approximately 10 to 15 rounds of 5.56 ammunition were seized with the firearm. 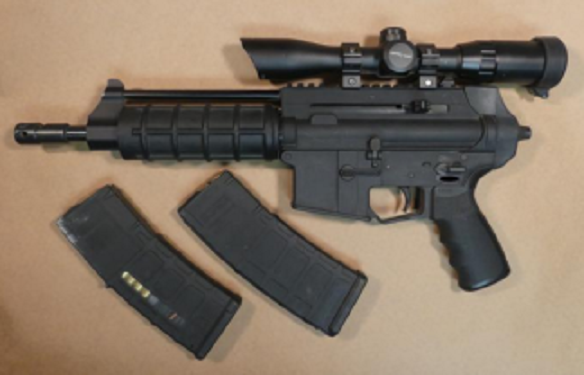 Almeida was charged with Attempt to Commit a Crime to wit Breaking and Entering during Daytime with Intent to Commit a Felony and Possession of Burglarious Tools.