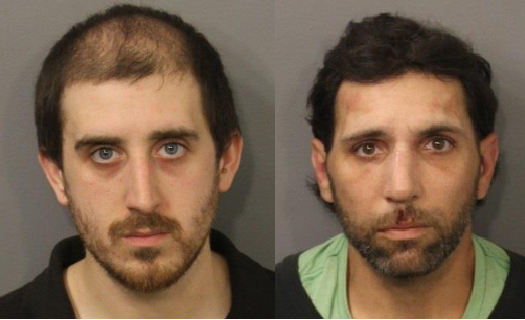 According to the Fall River Police Department, on May 4th at approximately 3:30 pm., Detectives from the Fall River Police Department’s Vice and Intelligence Unit were in the area of Third and Spring Street due to citizens complaints of open-air drug sales in the area. While there, Detective Joshua Robillard observed a black Mazda parked by the intersection occupied by two males. As the detective continued to watch, he observed a male, known to him as Matthew Lucianno, approach the vehicle and open the rear door. Lucianno leaned inside the vehicle briefly before closing the door and walking away.

According to the Fall River Police Department, on May 10th at approximately 4:30 p.m.,. Detectives Nicholas Magan and Joshua Robillard were in the Corky Row Neighborhood when they observed a white Toyota stop in front of 19 Lyon Street. A male exited the home and entered the front passenger seat of the Toyota. The vehicle pulled away from the curb and drove a distance of less than 50 feet. The vehicle stopped and the male, Tony Santos, exited and began to walk back toward the Lyon Street home. Due to Detective Magan’s training and experience, he believed a drug transaction had just occurred. Detective Magan exited his vehicle and approached Santos with his badge displayed. Santos then fled. After a brief chase and struggle, Santos was apprehended. Detectives Magan and Robillard received assistance from Uniformed Patrol Officer William Silvia Jr.

Santos, 39, with a last known address of 19 Lyon Street, was charged with Possession of a Class A substance (16 baggies of suspected Heroin) as well as Resisting Arrest and Assault.