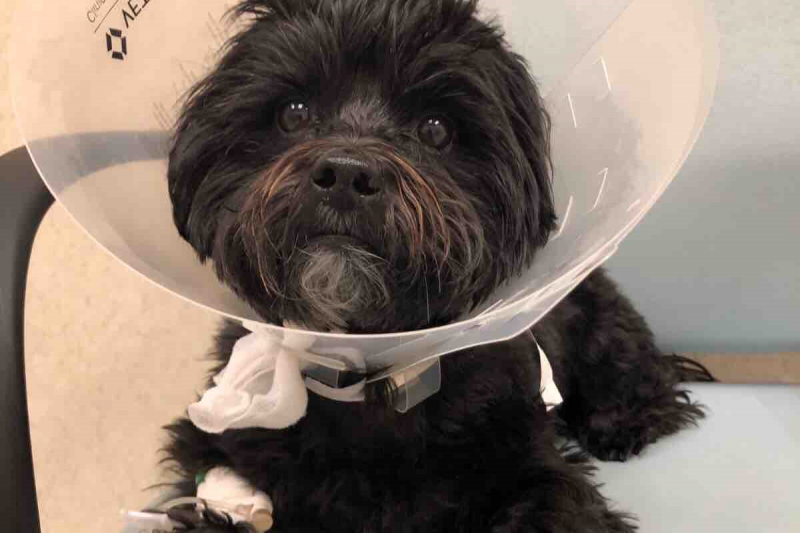 Mallorie Klejnowski (Medeiros) has experienced hardship and tragedy. Through it all, however, there has always been one constant she could count on and turn to. Jag.

Mallorie was born and raised in Fall River. When she turned 21 she went into the Marine Corps and was stationed in North Carolina. During her service she did one tour of Iraq and a second in Afghanistan. Her husband, a fellow Marine, was just getting out in the fall of 2012 when he found a contracting job and was immediately shipped out to Afghanistan.

It was at this point Mallorie decided to get a dog to keep her company. She had always wanted children, but the timing wasn’t right so a pet was the next best thing. She found a dog named Jag at a breeders about an hour away from where she was living at the time. Jag had been returned to the breeder because the family didn’t feel they could give him the attention he needed. The breeder was crying tears of joy because she knew she was the perfect match for Jag. It was love at first sight. “I instantly fell in love with Jag. I began training him immediately and he caught on quick.”

Mallorie began suffering from PTSD, anxiety and depression and left the Marines. Her marriage was also ending. Jag stepped in and became Mallorie’s therapy dog. If dealing with war, PTSD, depression and anxiety wasn’t enough, Mallorie suddenly lost her boyfriend and soulmate. Once again, Jag was there. “I remember not wanting to get out of bed after he passed and Jag would be there pushing me to get up and live life. He truly has been the driving force to me facing his passing.” Then more tragedy struck.

On Good Friday, Mallorie decided to take Jag in for a checkup. He was very lethargic, had no interest in eating and didn’t even want his treats. The vet did blood work and found that he was extremely anemic. She left the office immediately and took him to a Veterinary Specialist. After arriving in the emergency department and seeing the Doctor, Dr. Cazlin, he was admitted. After having to leave Jag from her side for the first time, she got the news that he had a tic disease called Anaplasmosis which caused an Autoimmune Deficiency called IMHA. Jag is currently undergoing extensive treatment, but responding well. Despite the expense, Mallorie is grateful for the care that is saving the most important companion in her life. “I am so grateful to his doctors and vet technicians for there help.”

The expense in treating Jag has quickly taken a toll on Mallorie’s finances. “I am almost $4,000 in debt and I don’t know how I will continue his expensive treatment and medications. He takes about 6 different medications each day to help with the treatment and side effects. I am just at a loss and I can’t lose Jag he is my rock, my best friend, my son, my roommate, my motivator, my everything.”