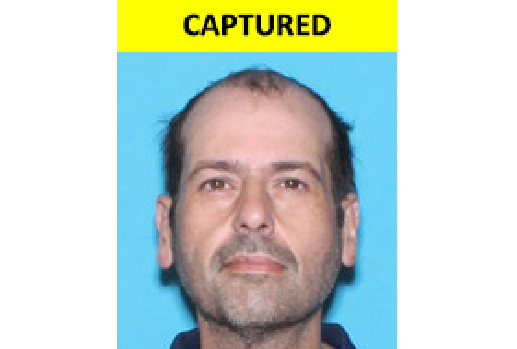 A man on the Fall River Police Department’s “Most Wanted” list has been captured.

According to Rehoboth Police, officers from the Rehoboth Police Department responded to 514 Winthrop Street. They received information that a suspect in an ongoing investigation was present at the business and was attempting to complete a fraudulent purchase. The suspect was identified as Paul Diogenes, 49, who had 6 outstanding warrants for his arrest and was wanted by Fall River Police. Officers Gil Lima and Louis DiBacco were first on scene. DiBacco identified and stopped a second suspect who was attempting to leave the scene in a motor vehicle. Officer Lima entered the business and located Diogenes who then attempted to flee. Officer Lima was able to catch and subdue Diogenes after a brief struggle. Diogenes, who also has a listed address in Westport, was arrested and charged with the 6 outstanding warrants as well as new charges of: Conspiracy, Attempted Larceny over $1,200 by false pretense, Uttering a false document, Forgery of a document, Identity Fraud, and Resisting arrest. He was held without bail.

A second suspect was identified as Nicholas Pacheco 28, of North Providence RI. After a brief investigation he was also placed into custody and charged with the following: Conspiracy, Attempted Larceny over $1,200 by false pretense, Uttering a false document, Forgery of a document, and Identity Fraud. Pacheco was later released on $3,000 cash bail and was arraigned in Taunton District Court. Sgt. Brian Ramos, Sgt. Richard Shailor, Officer Chris Pezzuolo, and Detective Paul McGovern Assisted with the arrests and investigation.